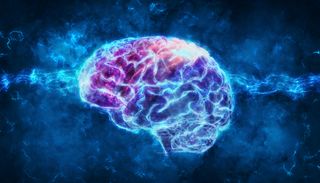 A short session of brain zapping can reverse some of the effects of aging in older adults, a new study suggests.

The technique isn't ready for non-experimental use yet, and it's not clear how long the benefits last. But the study authors said they hope that their findings will set the stage for improving cognition in both healthy adults and in people experiencing Alzheimer's and other types of dementia.

"These findings are important because they not only give us new insights into the brain basis for age-related working-memory decline, but they also show us that the negative age-related changes are not unchangeable," said study leader Robert Reinhart, a neuroscientist at Boston University. [Why You Forget: 5 Strange Facts About Memory]

The findings were published today (April 8) in the journal Nature Neuroscience.

Reinhart and his co-author, doctoral student John Nguyen, focused their study on an aspect of cognition called working memory. This is the sketch pad of the brain, Reinhart said in a press briefing. It allows people to hold information in active use for a few seconds at a time, facilitating all sorts of important tasks, from performing mental math to reading to having a conversation. Research has shown that working memory is a key part of intelligence, Reinhart told reporters.

But working memory declines over adulthood. The decline is not dramatic, but it is significant enough that older adults perform worse, on average, on working-memory tasks than younger adults. Reinhart and Nguyen wanted to see if they could figure out why — and perhaps change that trajectory.

The researchers recruited 42 adults ages 20 to 29 and 42 older adults ages 60 to 76; the scientists asked the participants to complete a working-memory task while their brain activity was being monitored by electroencephalogram. The task was a simple "find the differences" game, in which the participants saw two very similar pictures on a screen in short succession and had to identify what was different about the second picture. All of the participants were healthy, without diagnoses of dementia or other cognitive problems. [9 Surprising Risk Factors for Dementia]

In some sessions, participants did the task while their brain was lightly stimulated with a noninvasive electrical method called transcranial alternating-current stimulation. Using electrodes on the scalp, the researchers pulsed rhythmic electrical stimulation into prefrontal and temporal brain areas. Communication between these regions, at the front and sides of the brain, is thought to be important for working memory.

Stimulation closed that gap. Within about 12 minutes of the start of brain stimulation, older adults began to perform as well as the younger group. This improvement continued as long as the experiment lasted, 50 minutes after the stimulation stopped.

"We didn't see the effects coming down to base line or even trending down to base-line level," Reinhart said. The researchers haven't experimented to see how long the results last, but results from other brain stimulation research suggest the effects could persist for several hours, he said.

In follow-up experiments with another 49 older and younger adults, the researchers also tested the effects of brain stimulation on young adults who had the lowest working-memory scores. Those young people got a boost, too, the researchers found.

"I think it's possible to kind of turbocharge even normal, healthy cognitive functioning, including in young people," Reinhart said.

The study was impressively done, said Walter Paulus and Zsolt Turi, both clinical neurophysiologists at the University Medical Center Göttingen in Germany, who were not involved in the research. The researchers checked their own work on follow-up samples of participants, which boosts confidence in the findings, Turi told Live Science.

There is still work to do, though, Paulus warned. Already, he told Live Science, some companies sell devices meant to stimulate the brain through the skull. But as Reinhart and Nguyen’s study shows, brain stimulation needs to be personalized. The researchers did a lot of preliminary work to make sure they placed electrodes correctly and delivered the proper stimulation to improve brain function.

“If you deviate from the protocol you may end up with either no results or also in counterproductive results,” Paulus said.

With further research, though, the technique has promise for use in patients, he added.

The stimulation seemed to reverse the decline of aging for a few key reasons, Reinhart said. First, it narrowly targeted the prefrontal cortex and the temporal lobe. In young adults who are using their working memory, these two areas sync the rhythms of their activity. The tighter the synchronization — a low-frequency pattern around 8 hertz seems to be the sweet spot — the better working memory performs, Reinhart said. [Top 10 Mysteries of the Mind]

In older adults, this tight synchronization vanishes, which seems to be the root of working memory's decline.

That leads to the second key feature of the brain stimulation: its rhythmicity. The researchers pulsed alternating current tailored to the persons' natural brain rhythms into these areas. In essence, the pulse gets the two areas talking again.

"We're synchronizing these brain areas that are uncoupled or uncorrelated or less synchronized in the elderly," Reinhart said.

The young adults who were worse at the working-memory task also had relatively desynchronized brain chatter, Reinhart noted.

The new findings are a starting point, Reinhart said. Already, the research team has started pushing its studies into the areas of disease and disorder. The researchers have found, but not yet published, evidence that older adults with more dementia symptoms (but not full-blown dementia) show worse brain synchronization in both working-memory and long-term-memory regions. This could mean that the brain synchronization technique could be a noninvasive treatment for Alzheimer's and other forms of dementia, Reinhart said.

The researchers have also found that they can stimulate the brain with rhythms that desynchronize brain regions.

"It bodes well for next clinical steps, because we know that there are brain disorders characterized by hypoconnectivity [low connectivity], like autism, schizophrenia and Alzheimer's, but then there are also disorders characterized by too much brain connectivity, like Parkinson's and epilepsy," Reinhart said. "[We have] the beginnings of a tool that can both synchronize, and make your brain more connected, and desynchronize, and make your brain less connected."