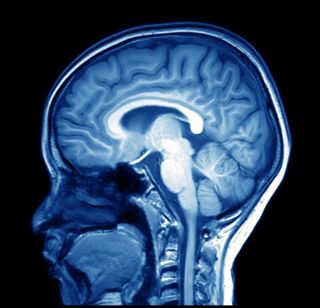 It's difficult not to give in to the allure of a plate of french fries, with their enticing smell and beautiful golden color. But whether you succumb to that delicious temptation may have something to do with the shape of your brain — more specifically, how much gray matter you have up there.

A new study published yesterday (June 4) in the journal JNeurosci found that people with more gray matter in two spots in the area of the brain called the prefrontal cortex seemed to have more self-control when it came to making healthier food choices. (Gray matter is where the neuron cell bodies are found in the brain, and thus where most of the brain's acitivity occurs.)

Gray matter could be a potential "signature for self-control," said senior study author Hilke Plassmann, a professor of decision neuroscience at INSEAD in France. It could indicate how likely a person is to break their diet or reach for the carrots rather than the cupcakes. [6 Foods That Are Good for Your Brain]

If the participants focused more on the healthiness of an item or less on the tastiness of an item, the researchers gave them a strong self-control rating. The brain scans revealed that people with more gray matter in those two areas of their prefrontal cortices showed greater self-control, the study found.

In the second part of the study, the researchers recruited a brand-new set of people, to see if the gray-matter findings would still hold true when the people were given more leeway in how they controlled their dieting behavior. As in the first experiment, the researchers put up a set of instructions for the participants in an MRI machine. However, this time, they switched up those instructions, telling the participants to "distance" themselves from the food, "indulge" in the food or "make decisions naturally." Again, the participants were presented with images of food and were asked how much they would pay to eat that food on a scale of nothing to $2.50.

Kevin Ochsner, a professor of psychology at Columbia University, who was not part of the study, said the results were interesting, adding, "I think [the findings] would be expected, I think it makes sense."

In future studies, the researchers could try to figure out if people can train the areas of the brain implicated in self-control and, in turn, increase the density of gray matter there. Your "brain is plastic, so your brain structure changes over time," Plassmann said. "I don't want people to say, 'I'm just not good at self-control; I can't change it,'" she added.

Though this specific case hasn't been tested yet, the plasticity of the brain has been shown in many studies before, many of which come to the same conclusion: Specific brain regions can change throughout time, especially the more you exercise them.