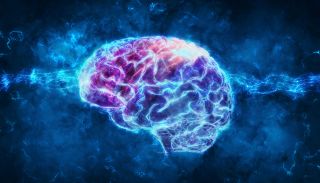 Neuroscientists are teaching computers to read words straight out of people's brains.

Kelly Servick, writing for Science, reported this week on three papers posted to the preprint server bioRxiv in which three different teams of researchers demonstrated that they could decode speech from recordings of neurons firing. In each study, electrodes placed directly on the brain recorded neural activity while brain-surgery patients listened to speech or read words out loud. Then, researchers tried to figure out what the patients were hearing or saying. In each case, researchers were able to convert the brain's electrical activity into at least somewhat-intelligible sound files.

The first paper, posted to bioRxiv on Oct. 10, 2018, describes an experiment in which researchers played recordings of speech to patients with epilepsy who were in the middle of brain surgery. (The neural recordings taken in the experiment had to be very detailed to be interpreted. And that level of detail is available only during the rare circumstances when a brain is exposed to the air and electrodes are placed on it directly, such as in brain surgery.) [3D Images: Exploring the Human Brain]

As the patients listened to the sound files, the researchers recorded neurons firing in the parts of the patients' brains that process sound. The scientists tried a number of different methods for turning that neuronal firing data into speech and found that "deep learning" — in which a computer tries to solve a problem more or less unsupervised — worked best. When they played the results through a vocoder, which synthesizes human voices, for a group of 11 listeners, those individuals were able to correctly interpret the words 75 percent of the time.

You can listen to audio from this experiment here.

The second paper, posted Nov. 27, 2018, relied on neural recordings from people undergoing surgery to remove brain tumors. As the patients read single-syllable words out loud, the researchers recorded both the sounds coming out of the participants' mouths and the neurons firing in the speech-producing regions of their brains. Instead of training computers deeply on each patient, these researchers taught an artificial neural network to convert the neural recordings into audio, showing that the results were at least reasonably intelligible and similar to the recordings made by the microphones. (The audio from this experiment is here but has to be downloaded as a zip file.)

The third paper, posted Aug. 9, 2018, relied on recording the part of the brain that converts specific words that a person decides to speak into muscle movements. While no recording from this experiment is available online, the researchers reported that they were able to reconstruct entire sentences (also recorded during brain surgery on patients with epilepsy) and that people who listened to the sentences were able to correctly interpret them on a multiple choice test (out of 10 choices) 83 percent of the time. That experiment's method relied on identifying the patterns involved in producing individual syllables, rather than whole words.

The goal in all of these experiments is to one day make it possible for people who've lost the ability to speak (due to amyotrophic lateral sclerosis or similar conditions) to speak through a computer-to-brain interface. However, the science for that application isn't there yet.

It's also important to keep in mind that these are small studies. The first paper relied on data taken from just five patients, while the second looked at six patients and the third only three. And none of the neural recordings lasted more than an hour.

Still, the science is moving forward, and artificial-speech devices hooked up directly to the brain seem like a real possibility at some point down the road.