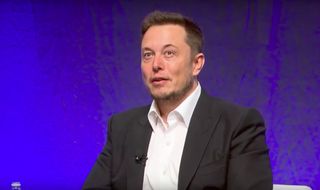 Elon Musk thinks the government needs to regulate artificial intelligence (AI) now, before it becomes dangerous to humanity, the entrepreneur told a gathering of state governors over the weekend.

"I have exposure to the very cutting-edge AI, and I think people should be really concerned about it," Musk told attendees at the National Governors Association summer meeting on Saturday (July 15). "I keep sounding the alarm bell, but until people see robots going down the street killing people, they don’t know how to react, because it seems so ethereal."

If, instead, the government waits until AI actually starts harming people before imposing regulations, that may already be too late, Musk said. Musk is worried not only that AI will take over human jobs, but also that it may kill people. This isn't the first time Musk has warned of AI's potential for doom; in 2014, he called AI humanity's "biggest existential threat," and in 2015, he, along with other tech luminaries, urged the United Nations to ban killer robots. [History of A.I.: Artificial Intelligence (Infographic)]

Musk isn't the only scientist to sound alarm bells over AI. Physicist Stephen Hawking has warned that AI could end mankind on several occasions.

Not all scientists are convinced of the dangers of AI, however. Michael Littman, a computer scientist at Brown University, thinks the vision of a future in which humans are enslaved by robot overlords is purely science fiction.