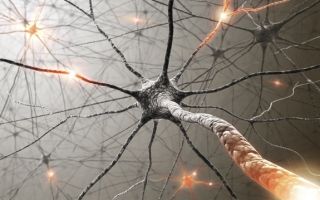 Mouse neurons implanted into a rat brain can live twice as long as the mice from which they were taken, new research suggests.
(Image: © iDesign, Shutterstock)

Amyotrophic lateral sclerosis (ALS), also known as Lou Gehrig's disease or motor neuron disease, is a progressive neurological disease that causes the neurons that control voluntary muscles (motor neurons) to degenerate, according to the National Institutes of Health (NIH).

The term "Lou Gehrig's disease" is named for the famed American baseball player who developed ALS in 1939 at age 36. In the United States, as many as 20,000 to 30,000 people have the disease, and about 5,000 people are diagnosed with it each year, according to the Centers for Disease Control and Prevention (CDC).

ALS commonly strikes people 40 to 60 years old. It affects people of all races and ethnicities. The disease is slightly more common in men than in women, but the difference is decreasing.

Treatments for the disease are limited, but promising research is ongoing.

The first symptoms usually include weakness or tight and stiff muscles (spasticity) in a particular area, said Dr. Jaydeep Bhatt, a neurologist NYU Langone Medical Center in New York City. Other symptoms include slurred and nasal speech, and difficulty chewing or swallowing.

When ALS starts in the arms or legs, it is called "limb onset" ALS. Someone with the disease might have trouble with writing or buttoning a shirt, or feel like they are tripping or stumbling while walking or running. In patients where speech is affected first, the disease is called "bulbar onset" ALS.

As the disease progresses, weakness or atrophy spread throughout the body. Patients may have trouble moving, swallowing and speaking. An ALS diagnosis requires signs of both upper and lower motor neuron damage. Signs of the former include muscle tightness or stiffness and abnormal reflexes; signs of the latter include muscle weakness, cramps, twitches and atrophy. [Related: Nervous System: Facts, Functions & Diseases]

Eventually, individuals with ALS lose the ability to stand or walk, use their hands and arms, or eat normally. In late stages of the disease, weakness of the respiratory muscles makes breathing difficult or impossible without a ventilator. Cognitive abilities remain mostly intact, though some individuals may experience problems with memory or decision-making, or show signs of dementia.

Most people with ALS die of respiratory failure within three to five years of the onset of symptoms, though about 10 percent of sufferers live for 10 or more years, according to the NIH.

"There are a lot of cousins of ALS that can exist that are milder," Bhatt said. "Sometimes as a doctor, it's hard to differentiate which is which. We don't have a blood test or MRI test," he added.

Theoretical physicist and cosmologist Stephen Hawking, who has a motor neuron disease related to ALS, has survived more than 50 years since his diagnosis at age 21 despite an initial life expectancy of just a couple of years.

The cause of ALS is unknown, though some cases — in which there is a family history of the disease — are associated with mutations in the gene for an enzyme called SOD1. It's not clear how the mutations cause motor neuron degeneration, but studies suggest the SOD1 protein can become toxic.

According to a 2016 paper by H. C. Miranda and A. R. La Spada, researchers from the University of California San Diego, approximately 5 percent of ALS cases are thought to be genetic (known as familial ALS or FALS) and the remaining 95 percent are sporadic (SALS).

Scientists have identified more than a dozen other genetic mutations that may be linked to ALS. These mutations cause changes in the processing of RNA molecules (which may regulate genes), defects in the recycling of proteins, defects in motor neuron shape and structure, or susceptibility to environmental toxins.

Other research suggests ALS may share similarities to frontotemporal dementia (FTD), a degenerative disease of the brain's frontal lobe. A defect in the C9orf72 gene is found in a substantial number of ALS patients as well as some FTD patients.

A 2017 paper by R. L. McLaughlin, et al, suggests that there might be also be a genetic relationship between ALS and schizophrenia. The affected gene is the same as the gene found to have a defect in the FTD study.

Aaron Glatt, chief of infectious diseases at South Nassau Communities Hospital, said that even though ALS and other neurological disorders such as dementia and schizophrenia may be genetically similar, the diseases affect different areas of the brain and having one will not cause another. The Association for Frontotemporal Degeneration says that about 30 percent of ALS patients eventually show signs of frontal lobe decline, which may be similar to FTD. And although FTD has no effect on the parts of the brain and nervous system that control bodily movement, about 10 to 15 percent of FTD patients develop ALS or ALS-like symptoms, and researchers are still unclear as to why. And vice versa, those with ALS may also eventually experience cognitive decline similar to FTD; however, Glatt said, those symptoms typically come from a lack of oxygen reaching the brain instead of actually developing FTD.

Currently, ALS does not have a cure, but treatments exist to relieve symptoms and improve patients' quality of life.

The first drug for treating the disease, Riluzole, was approved by the Food and Drug Administration (FDA) in 1995. Riluzole is thought to decrease damage to the motor neurons by minimizing the release of the chemical signal glutamate. In clinical trials, the drug prolonged the survival of ALS patients' (particularly ones who had difficulty swallowing) by several months. It can extend also the time before a patient must go on a ventilator.

The FDA approved a new drug known as Radicava in May 2017. The new drug has been shown to significantly decrease the rate at which those with ALS experience physical decline when compared to a placebo. The slowed rate of decline varies depending on the rate of the disease's progression and the patients' individual level of physical function when they begin treatment, according to the ALS Association. Radicava is designed to prevent cell damage by helping the body in eliminating excess free radicals.

Another drug, Nuedexta, was approved by the FDA in 2010 for the treatment of involuntary crying or laughter, called Pseudobulbar Affect. In ALS, this occurs when nerves can no longer control the facial muscles, resulting in "emotional incontinence."

"It's treatable, and now there's a medicine for it," Bhatt said.

ALS affects the breathing muscles, particularly the diaphragm. A minimally invasive device called a diaphragmatic pacemaker, which electrically stimulates the diaphragm, can help patients breathe. The device can improve a patient's quality of life before a ventilator is introduced, Bhatt said.

Physical exercise or therapy can give patients independence. For example, walking, swimming and stationary biking can strengthen muscles not affected by the disease, leading to improved heart health and less fatigue and depression. Special equipment — such as ramps, braces, walkers and wheelchairs — can give patients mobility without exhausting them.

Speech therapists and nutritionists can help ALS patients who have trouble speaking or swallowing. As the disease advances, patients can learn to answer yes-or-no questions with their eyes.

When breathing becomes difficult, individuals with ALS can use ventilators that artificially inflate their lungs during the nighttime, or eventually, full time. Respirators that connect directly to the windpipe may ultimately be used.

In recent years, progress has been made in developing assistive technology, including brain-computer interfaces. These devices record the electrical signals from the brain and translate them into commands that can be used to control computer cursors or prosthetic limbs. But these systems have not yet become available for clinical use.

Another promising area of research has been investigating the use of stem cells, cells that have the potential to develop into any tissue type, including brain tissue. Stem cells can be grown into neurons in a lab, but getting them to grow safely and effectively inside a human remains a challenge, Bhatt said.

Stem cell research is extremely promising, according to Glatt, but won't become available for several years. A 2016 paper by P. Petrou, et al., has shown that a new stem cell treatment using a patient's own stem cells from bone marrow has slowed down the progression of the disease in a group of 26 patients. Researchers at the Harvard Stem Cell Institute have successfully been able to create stem cells to study new therapies from the skin and blood of ALS patients.

Unfortunately, some physicians prey on patients by selling stem cell treatments that are ineffective, he said. The reality is, "getting [these] easily growable motor nerves in a test tube into a person is very difficult."

Awareness of ALS is increasing. The 2014 "ALS Ice Bucket Challenge" involved individuals dumping ice water on their heads to promote awareness. The campaign went viral, and as of December 2014, the ALS Association had raised $115 million in donations.