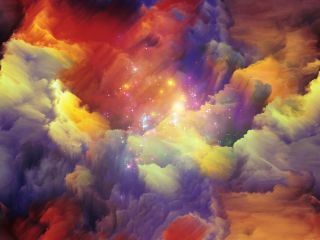 Enjoy dreaming? Two key genes may be to thank. A new study in mice finds that these "dream genes" are essential to that phase of slumber that brings people bizarro-world visions of taking high school math tests naked, losing teeth and soaring through the air.

Without the genes, called Chrm 1 and Chrm 3, mammals would not experience rapid eye movement (REM) sleep, during which the brain is as active as it is during wakefulness but the body is paralyzed. The discovery is important, researchers said, because poor sleep and psychiatric disorders are linked. So, understanding the basic control of sleep in the brain could refine pharmaceutical treatments for both sleep and psychiatric problems, said study leader Hiroki Ueda of Riken, a Japanese research institute.

"Sound sleep is essential to the quality of human life, while some impairment in sleep may lead to various untoward consequences," Ueda told Live Science in an email. But the "molecular machinery [of sleep] largely remains to be revealed, hindering the development of treatments for sleep-related diseases." [5 Surprising Sleep Discoveries]

In a given night, humans cycle through non-REM and REM sleep, which are defined by different patterns of brain activity. No one knows the precise reason for these different sleep phases, but problems with REM sleep have been linked to dementia, Parkinson's disease and other neurological disorders. And poor sleep in general is linked with an increased risk of suicide.

That's why Ueda and his colleagues are interested in understanding the basics of how sleep works. Scientists have already discovered that the transition from non-REM to REM sleep involves a neurotransmitter called acetylcholine. But there are 16 types of cellular receptors in the brain that acetylcholine can bind to, and it was far from clear which were essential to REM sleep and which were redundant.

To find out, the researchers used CRISPR technology to knock out the genes for these acetylcholine receptors, one by one, in mice. CRISPR uses a genetic sequence to guide an enzyme to the desired section of DNA, where the enzyme then snips the sequence, preventing that gene from being expressed.

The study immediately showed that one family of acetylcholine receptors, the nicotinic type, didn't have much to do with sleep. Mice deprived of those receptors slept more or less like mice that had them.

The other family, muscarinic acetylcholine receptors, turned out to be much more interesting. Specifically, the loss of two receptors called Chrm1 and Chrm3 shortened sleep by close to 3 hours a day. Losing either one of the two receptors reduced and fragmented REM sleep specifically, while also reducing non-REM sleep. And mice with neither receptor basically didn't experience REM sleep at all. [Top 11 Spooky Sleep Disorders]

Strangely, those REM-free mice survived without this dreamy sleep state, despite hypotheses that REM sleep is necessary for survival. That's an interesting avenue for further research, Ueda said, but it could be an unintended side effect of working with lab animals in an artificial environment.

The "mutant mice can survive in a laboratory condition with a lot of food and without any [enemies]," Ueda told Live Science. "In a wild environment, these genes would be important for the survival of organisms."

Understanding the specific receptors that control sleep can inform new treatments for psychiatric disorders like depression and post-traumatic stress disorder, which is often marked by vivid nightmares, Ueda said. The researchers found subtle differences in the way Chrm1 and Chrm 3 work, he added, so the team is interested in taking a closer look at what happens when these receptors are triggered. And because the research was done in mice, more work is needed to study how these genes work in humans.

"This investigation may help molecularly define REM sleep and may reveal the physiological roles of REM sleep in its closely related higher cognitive functions, such as learning and memory," Ueda said.

The study was published yesterday (Aug. 28) in the journal Cell Reports.