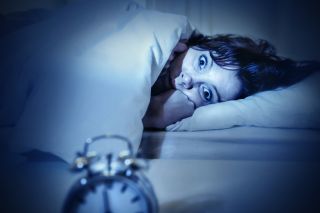 After a stressful day, you may hope to find some solace in sleep. But a new study from the United Kingdom suggests that stressful experiences from your day can make their way into your dreams.

The findings, published Nov. 30 in the journal Motivation and Emotion, suggest that, even in your sleep, you can't escape your nagging boss and other daily pressures. And if you feel lonely and isolated in your daily life, those feelings and emotions can also infiltrate your dreams.

"Our results show that there really is something about the mind holding onto really powerful social experiences," said lead study author Netta Weinstein, a senior lecturer in social and environmental psychology at Cardiff University, in the U.K. "If our lives are very challenging, that seems to repeatedly show and come back to us in the form of dreams." [7 Mind-Bending Facts About Dreams]

In the study, the researchers looked for links between people's dream experiences and whether three particular psychological needs were fulfilled or left people feeling frustrated: the need to feel competent, the need to feel autonomous, and the need to feel related to other people.

The researchers found that the emotional charge of the dreams frequently corresponded to frustrating events related to the three needs that they had experienced during the day.

"When people had these really frustrating, upsetting experiences in their everyday [lives], they had dreams where they felt stressed, sad or frustrated," Weinstein told Live Science.

"The link between the experiences and the content of the dreams was less robust," Weinstein noted. "But we found some evidence that [that dreams about] falling, being attacked by someone, being locked up or trying repeatedly to do something and failing at it" could be linked to a frustrating experience during the day.

Weinstein said that, in the study, the researchers didn't try to differentiate among the three types of unfulfilled psychological needs because the number of dreams that were available to analyze was rather small. Together, both experiments provided about 400 dreams, which was not enough for a more advanced analysis of the content of the dreams, she said.

"You would need a lot of dreams to be able to look at specific types of content and see whether these relate to isolation or incompetence, for example," Weinstein said. "Our [study] was kind of a broad-stroke approach to examining how the stuff that we are experiencing in our waking lives makes its way into the dreams."

Still, more research into the meaning of dreams is needed, Weinstein said. Sigmund Freud pioneered the study of dreams in the late 19th century, proposing that dreams show the contents of the mind that have been suppressed into the subconscious. But more than a century later, scientists are still not entirely sure of the function of dreams, Weinstein said.