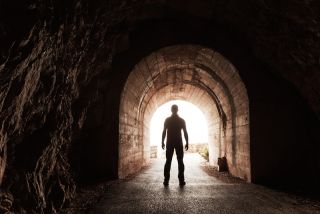 People who dream about murder may be more aggressive during waking hours, a controversial new study finds.

The researchers also found that people who dream of killing others tend to be hostile, introverted and often don't get along well with others when they are awake.

But other experts dispute the findings, saying that dream questionnaires, used by the researchers of the new study, aren't accurate measures of dream content. Instead, these questionnaires tend to reflect what people believed they dreamt about once they are awake, said G. William Domhoff, a professor emeritus of psychology at the University of California, Santa Cruz, who was not involved with the study. [7 Mind-Bending Facts About Dreams]

"Waking questionnaires have nothing to do with what people actually dream about," Domhoff said.

But the new study's lead researcher, Michael Schredl, the head of research at the Central Institute of Mental Health's sleep laboratory in Mannheim, Germany, said that dreams are often an amplification of what happens during waking life.

For example, as the new study shows, if a person kills another person in a dream, "in waking life, you are a little more aggressive," he said.

In the study, Schredl and his colleagues surveyed 443 university students in Germany, looking at what types of dreams the participants had, as well as the respondents' character traits.

The students reported remembering an average of two to three dreams a week, and about 19 percent of the students said they had dreams of killing people, according to the study published in September in the journal Dreaming. Moreover, the men in the study had a greater number of aggressive dreams than the women, echoing similar findings from earlier studies.

It's not surprising that hostility and aggression tended to be higher in people who said they had dreamed of killing another person, Schredl said. But he called it "unexpected" to find a link between murderous dreams and the traits of introversion, a low level of agreeableness and a greater degree of openness to experience, which were marginally linked to dreams of killing people.

It's possible that people who have less agreeable personalities might feel aggression that is exaggerated in their dreams, Schredl said. Introverts might keep their emotions, including aggression, bottled up in waking life, only to experience these feelings more intensely in their dreams, he added.

And people who are open to new experiences may also be more open to their emotions, and recognize them in dreams, Schredl said.

In the future, Schredl said he hopes to ask people about the circumstances of the murder in their dreams, such as whether it was self-defense, an accident or cold-blooded murder.

But Domhoff said the occurrence of murder in dreams among the study participants seems higher than normal.

"If we ask how many dream reports portrayed the dreamer murdering someone, the numbers were even smaller, 1 percent of the dreams for men and 0.2 percent for women," he said.

Most people only have hazy recollections of their dreams, he said. Few people recall their dreams accurately, and most tend to remember unusual events and forget everyday ones, he said.

Furthermore, the new study relied on the participants' reports of their own personality traits, which may not reflect the individuals' true traits, Domhoff said.

Yet, for those who do dream of murder, such dreams may call attention to a need to reflect on their everyday lives, Schredl said.