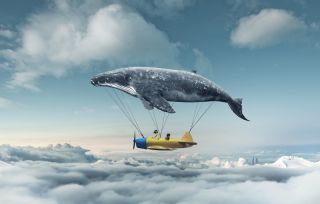 LSD is the drug most likely to induce a lucid dream-like state, which is a type of dream in which the dreamer knows he or she is dreaming and can often control his or her actions, according to the study, published Jan. 22 in thejournal Frontiers in Neuroscience. Drugs such as scopolamine and atropine, which come from the tropical plants of the Datura genus, induce a state that is a lot like low-lucidity dreaming, making people delirious and giving them hallucinations they don't realize are hallucinations. [7 Mind-Bending Facts About Dreams]

People often casually compare the effects of drugs like LSD to dreams, so it might seem strange to formally study whether dreams and drugged states are similar. The goal, said study researcher Enzo Tagliazucchi, a neuroscientist at the University of Buenos Aires in Argentina, is both to illuminate the experience of hallucinogenic drugs and demystify dreams. Comparing the subjective experience of a hallucinogen with a particular aspect of neurochemistry could help explain how the brain spontaneously generates dreams, Tagliazucchi told Live Science in an email.

But to analytically compare dreams and drugs, anecdotes won't do. So Tagliazucchi and his colleagues turned to two enormous online repositories of experiences of both: Erowid.org, a site where people can report their experiences with various illicit substances, and dreamjournal.net, which hosts more than 200,000 dream reports, often including whether the dreams were low lucidity or high lucidity.

The researchers analyzed the words found in the self-reports of drug use and dreams in order to discover how semantically similar they were to one another.

The neurochemistry of experience

They found that the top 20 drugs that resulted in experiences that were most like dreams were all hallucinogens, except for three: THC (the active compound in marijuana), Salvia divinorum (a psychoactive plant) and MDMA (a stimulant often found in the drug ecstacy). The 20 drugs that produced experiences the least like dreams were mostly sedatives, stimulants, antipsychotic drugs and antidepressants, the researchers reported.

In both dreams and during psychedelic trips, people describe visual hallucinations ranging from mild distortions, like colorful trails dragging behind moving objects, to full-blown complex imagery, Tagliazucchi said. People also reported a sense of unreality and of being dissociated from their body, or of losing their sense of self and feeling at one with the world in both instances.

Some of the similarities and differences probably reflect how psychedelics work on the brain and how dreams are formed, Tagliazucchi said. Psychedelic imagery is usually less complex than dream imagery, and people don't always know they're dreaming, whereas they typically understand that they are having a psychedelic experience, he said. This may have to do with the fact that the neurotransmitter serotonin is not produced during dream states, Tagliazucchi said. In contrast, psychedelics mimic serotonin and act almost like the neurotransmitter, perhaps creating the almost-dream-like state of a psychedelic experience. [Trippy Tales: The History of 8 Hallucinogens]

Deliriants — types of hallucinogenic drugs that cause feelings of delirium — are quite similar to dreams in that people have complex hallucinations that may feel very real, Tagliazucchi said. Examples of deliriants include drugs derived from Daturaplants. (The danger, Tagliazuchhi added, is that people on Datura-derived drugs don't experience the muscle paralysis that the body undergoes during the dream state, so they can act out their hallucinations.) The mystery, he said, is that Datura blocks the action of a neurotransmitter called acetylcholine in the brain. Normally, acetylcholine is a crucial chemical for reaching the dream state.

"This is a paradox, and we believe solving it could yield important knowledge about how dreams are produced in the brain," Tagliazucchi said.

Tagliazucchi isn't just interested in drugs and dreams, though. He'd like the mine the vast amount of human experiences that people have dumped onto the internet for greater understanding of how many experiences humans can have.

"Now we want to compare the phenomenology of other non-ordinary states (religious experiences, out-of-the-body experiences, near-death experiences, etc.) to keep pursuing this line of research," he said.