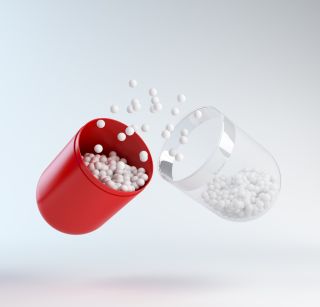 The drug Molly is the crystal or powder form of MDMA (3,4-methylenedioxy-N-methylamphetamine), a chemical used in the street drug Ecstasy. Because it is purportedly free of adulterants, such as methamphetamine or caffeine, Molly is commonly touted as being a safer drug than Ecstasy.

Molly — short for "molecule" — has become the drug of choice for many concertgoers and festival attendees. It increases the activity of neurotransmitters in the brain, causing users to experience feelings of energy, euphoria and empathy toward others. Molly also distorts vision, hearing and sense of time.

The Drug Enforcement Administration (DEA) classifies molly as a Schedule I controlled substance, which means that the drug has a high potential for abuse and no accepted use in medical treatment. According to the DEA, Molly can cause confusion, anxiety, depression, paranoia, sleep problems and drug cravings. Molly also inhibits the body's ability to regulate temperature, resulting in hyperthermia, or elevated body temperature.

While Molly is sometimes considered a "pure" form of MDMA, it often contains other drugs. In recent months, the deaths of several young people have been linked to molly. But the toxicology reports for two of the deceased — Jeffrey Russ, 23, and Matthew Rybarczyk, 20,  showed that Russ died from a fatal mix of MDMA and methylone. Rybarczyk also died from an overdose of methylone.

Methylone — a compound commonly found in another street drug, "bath salts" — has properties and side effects similar to MDMA and, according to law enforcement officials, is often sold under the name Molly. However, the toxicity of this drug may be higher than that of MDMA, and its role in the sudden cardiac death of at least one previously healthy youth is still being studied.