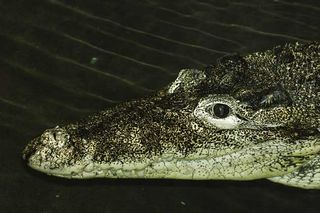 Green-eyed frogs and a Cuban crocodile are among the rarest of rare species, based on a new list of critically endangered species from the Wildlife Conservation Society.

The "Rarest of the Rare" list includes an eclectic collection of birds, mammals, reptiles and amphibians. Threats to each individual species vary widely, but all the animals on the list face real danger that could lead to their ultimate disappearance, WCS officials said.

A small porpoise called vaquita is getting trapped in fishermen's nets, which are inadvertently causing the animals to drown. The Grenada dove – the national bird of the island of Grenada – has been severely impacted by habitat loss. Other species suffer from illegal trade, as in the case of the ploughshare tortoise.

"The Rarest of the Rare provides a global snapshot of some of the world's most endangered animals," said Kent Redford, director of the Wildlife Conservation Society Institute. "While the news is dire for some species, it also shows that conservation measures can and do protect wildlife if given the chance to work."

The list also highlights positive news, detailing two species that are on the road to recovery thanks to conservation efforts: Robert's tree frog whose population has grown due to captive breeding in zoos; and Przewalski's horse, which is starting to rebuild numbers after being re-introduced into the wild.

The 2010-2011 edition of State of the Wild also includes a special section devoted to the impact of human conflicts on wildlife and the surrounding environment. It considers how conservation can contribute to peace-building and reconstruction efforts in post-conflict areas.