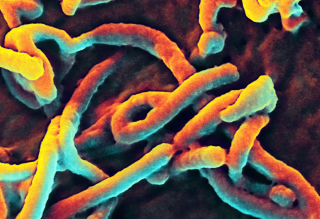 The current Ebola outbreak in the Democratic Republic of Congo has spread to at least 58 people, and has killed nearly half of those individuals, according to an update today (May 23) from the World Health Organization (WHO). This is the nation's ninth Ebola outbreak since 1976, when the deadly virus was first discovered in a village near the country's Ebola River.

But what if scientists were able to predict Ebola outbreaks and stop them before they even started?

That's the goal of one group of researchers, who hope to predict Ebola outbreaks before they begin by tracking the migration patterns of one of the main hosts of the disease: bats. The researchers detailed their work in a new study, published yesterday (May 22) in the journal Scientific Reports. [5 Things You Should Know About Ebola]

"Traditionally, scientists studying the [spread] of diseases like Ebola have operated under the assumption that the disease moves uniformly," said study co-author Paolo Bocchini, a professor of civil and environmental engineering at Lehigh University in Pennsylvania. "In reality, diseases that are spread by animal hosts depend on how those hosts migrate."

Using satellite information, along with data on rates of infection, births and deaths in bats, Bocchini and his fellow researchers have developed a model that follows the migratory patterns of the mammals in Africa as they pursue resources across the continent.

By "feeding models" with this information plus data on the availability of food and shelter for the bats, the model was able to "accurately predict outbreak hotspots corresponding to bat migration during the 2014 Ebola outbreak," Bocchini told Live Science. (The 2014 outbreak, which took place in West Africa, claimed more than 11,000 lives.)

In other words, the researchers used their model to retroactively hypothesize where Ebola outbreaks in Africa should have occurred in 2014, based on the mapping of the bats' movement. And the models proved to be correct: Outbreaks did indeed occur in their predicted hotspots.

For example, the model retroactively predicted a peak of Ebola-infected bats in 2014 in Meliandou, a remote village in Guinea. Indeed, when the researchers analyzed reports of Ebola in the village during the same time period, they found that their predicted peak coincided with the months when the outbreak began.

Now, "the goal is to use this model to predict future outbreaks of Ebola," Bocchini said. "If you know where risk is highest in a given time period, you can specifically allocate resources to those hotspots." [10 Deadly Diseases That Hopped Across Species]

Resources include vaccines, public health campaigns, even doctors — but these resources are always limited, Bocchini added.

Other experts agree that such predictive models could be helpful, particularly in conjunction with other methods of disease control.

"Contact tracing," or modeling that identifies and potentially treats individuals who have come in contact with infected individuals, has thus far been the main system for Ebola control, said Cameron Browne, an assistant professor of applied mathematics at the University of Louisiana at Lafayette, who was not involved in the new study. Browne's research focuses on mathematical modeling of infectious disease.

"The identification of possible spillovers from bat to human is definitely important," Browne told Live Science. "Spillover" refers to the spread of a disease from one species to another; by tracing infected bats, the new study's model helps predict areas where spillover is more likely.

"Once a hotspot is identified, however, there still needs to be a control strategy," Browne said. "Ultimately, it's surveillance through modeling that will be the key to disease control — whether that involves contact tracing or the identification of animals that could cause an outbreak."

Bocchini and his fellow researchers have received a grant from the National Institutes of Health to continue their work. They hope to make their model accessible to all countries, and have plans to "apply the technology to more recent and potential future outbreaks," he said.

"We think that this modeling method could even apply to other diseases," Bochinni said. "In the Americas, this model could even predict outbreaks of diseases like Zika," though much more research is needed on that front.