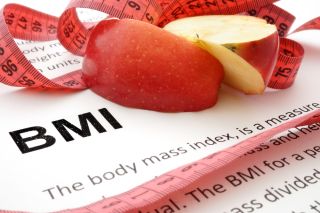 If you dig through medical data on people's weight and risk of dying, you may spot something curious: People who are overweight or obese appear to have a lower risk of death (during a specific time period, that is) than people with a "normal" weight.

This is the so-called "obesity paradox," a finding that seems to fly in the face of other research that has shown that a body mass index (BMI) in the normal range is linked with the lowest risk of death during a study period, meaning it is a survival advantage.

But a new study suggests that the obesity paradox might be explained, in part, by something rather simple: how much muscle mass a person has. When researchers in the new study looked at a person's BMI and also took muscle mass into account, they found that the risk of death from any cause was greater at nearly every level of BMI for people with low muscle mass, compared with people with more muscle mass and the same BMI level, according to the study findings, which were published April 11 in the journal PLOS One. [The Science of Weight Loss]

It's not clear why low muscle mass is linked with a greater risk of death at nearly every BMI level. But it's possible that having more muscle mass may protect against chronic disease or age-related disabilities, the researchers said.

BMI is calculated based on a person's weight and height, and the number obtained provides an indication of body fatness that allows researchers to compare the relative weights of people across populations. A BMI below 18.5 is considered underweight, from 18.5 to 24.9 is "normal weight," from 25 to 29.9 is overweight, and 30 and above is considered obese. The calculation, however, doesn't take muscle mass into account.

When you factor in the differences in muscle mass among individuals, any protective effects associated with being overweight disappear, and the risk of death associated with obesity is in fact magnified, said study co-author Dr. Matthew Abramowitz, an associate professor of medicine at Albert Einstein College of Medicine in the Bronx, New York. In other words, the obesity paradox goes away.

These results show that you do not find a protective benefit from extra body fat when muscle mass is factored into the analyses, Abramowitz told Live Science.

The study looked at data collected from more than 11,500 adults who participated in the National Health and Nutrition Examination Survey (NHANES) between the years 1999 and 2004. (NHANES is a federal survey done annually to evaluate Americans' diets and health.) All participants in that survey had their BMI calculated from their height and weight, and their muscle mass was measured by a body scan.

The results suggest that prior research using BMI has likely underestimated the risk associated with excess body fat, Abramowitz said. That's because when BMI is used as an index, it doesn't distinguish between a person's fat mass and muscle mass, so having more muscle will raise BMI as much as having more body fat; this masks the risks of increased body fat, he said.

The new study's findings show that by accounting for muscle mass in the analysis, the "obesity paradox" goes away, Abramowitz said. In other words, when people with low muscle mass are excluded from the analysis or when differences in muscle mass are taken into consideration, the risks associated with high BMI are magnified and the level of BMI linked with the greatest chance of living longer shifts downward toward a normal weight, he explained.

BMI can be a useful measurement for health professionals, but some of its limitations should be recognized, Abramowitz said.

One of the new study's own limitations is that the findings are based on a single measure of body composition, so the study did not show why a person may have had low muscle mass at that time, the researchers noted.