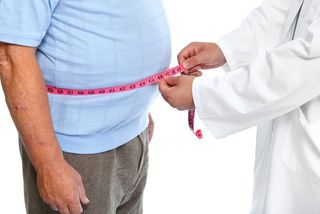 Being overweight or obese at some point in adulthood may increase the risk of early death, a new study finds.

The findings contradict the so-called "obesity paradox," a phenomenon seen in previous studies in which overweight people seemed to have a reduced risk of early death compared to those who were of normal weight.

But these prior studies relied on weight measurements at a single point in time, which meant the studies couldn't determine if being overweight was really protective against early death, or if a lower weight was a signal that a person was sick and near death. The new study found that when researchers looked at people's weight over many years, the obesity paradox was reversed.

The new finding is "important from a public health perspective, given that about one-third of adults in the U.S. and more than a quarter of the world's population is overweight," study author Edward Yu, a graduate student at the Harvard T.H Chan School of Public Health in Boston, said in a statement. "This is more reason why people should follow a healthy lifestyle and try to keep a normal weight," Yu said. [The Best Way to Lose Weight Safely]

The researchers used information on participants' height and weight to calculate their body mass index (BMI) over a 16-year period, then determined their highest or "maximum" BMI during this period. The participants were followed for another 12 years, on average. (At the start of this 12-year follow-up period, most participants were in their 50s or 60s.)

What's more, those who had a maximum BMI in the obese range (from 30 to 34.9) or severely obese range (35 or above) were 24 percent to 70 percent more likely to die during the follow-up period, compared to those in the normal weight range.

"The obesity paradox has always been something that we've questioned," said Dr. Vincent Pera, director of weight management at the Miriam Hospital in Providence, Rhode Island, who was not involved in the new study.

This new research has a number of strengths over prior studies, including that it gathered data on participants' weight throughout the study and didn't ask participants to think back to what they weighed at some point in the past, Pera said. As a result, the authors were able to make their conclusion in a valid way, Pera said.

Still, additional studies could further examine the link between obesity and risk of early death, he said. For example, researchers could look at whether the duration of a person's obesity affects the individual's risk of death, Pera said.

Overall, studies like the current one can help doctors convey to their patients the importance of controlling their weight, Pera said. "When studies like this seem to align with what, at least, the clinical picture [of obesity] seems to show, I think we feel more confident in speaking to patients about weight control and the benefits of weight control," he said.

The study was published today (April 3) in the journal Annals of Internal Medicine.