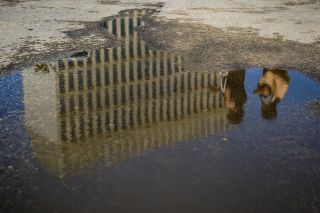 The U.S. embassy workers in Cuba who were initially thought to have been attacked by a "sonic weapon" have sustained damage to the white matter in their brains, scans reveal. And officials are increasingly skeptical that a sonic weapon was the cause, the Associated Press reported.

The first symptoms of a possible "attack" showed up in the fall of 2016. The workers heard loud, bizarre noises, such as chirps, hums and scraping sounds, or felt a ghostly movement of air near them, and then went on to have hearing loss and ringing in the ears, the Washington Post reported.

Afterwards, those affected by the bizarre phenomenon went on to have memory loss, hearing and vision problems, and troubles with balance. Brain scans now reveal alterations in white matter, which contains the neurons that communicate with one another, the AP reported.

While the U.S. government initially blamed a mysterious sonic weapon for the attacks, U.S. officials are now being careful to avoid the term, according to the AP. Many experts in acoustic waves said sound waves were unlikely to cause the brain damage seen in the state department officials. Instead, the sounds may have been the result, not the cause, of whatever injured the people, the AP reported.

Physicians who have been treating the mystery cases for months are expected to present their findings in a forthcoming issue of the Journal of the American Medical Association.