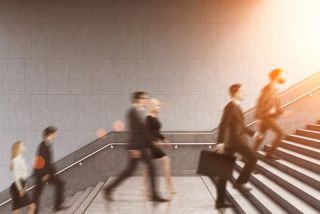 About 1 in 12 deaths worldwide could be prevented if people got 30 minutes of physical activity a day on most days of the week, a new study found.

The study analyzed information from more than 130,000 people ages 35 to 70 in 17 countries. The researchers examined whether participants met physical activity guidelines, which recommend that people get 150 minutes of moderate activity per week, or 30 minutes a day, five days a week. The researchers considered not only leisure-time physical activity (like going to the gym), but also non-leisure-time activity, including activity done at work, on the way to work (such as walking or biking to work) or at home (such as household chores).

Based on these results, the researchers estimated that, if everyone met the physical activity guidelines, 8 percent of deaths and 5 percent of heart disease cases worldwide would be prevented over seven years. [4 Easy Ways to Get More Exercise]

"Meeting physical activity guidelines by walking for as little as 30 minutes most days of the week has a substantial benefit," study lead author Scott Lear, a researcher at St. Paul's Hospital in Vancouver, Canada, said in a statement. "Physical activity represents a low-cost approach to preventing cardiovascular disease, and our study provides robust evidence to support public health interventions to increase all forms of physical activity."

Participants completed a questionnaire about the types of physical activity they engaged in over a typical week, and this information was used to calculate their average activity levels. None of the participants had heart disease at the start of the study. They were followed for about seven years to see whether they developed heart disease or died.

The more physical activity people engaged in, the lower their risks of death and heart disease were.. Even extremely high levels of exercise (2,500 minutes per week, or about 6 hours a day) were not harmful, the study said.

Many people who engaged in high levels of physical activity did so primarily though non-leisure-time activities. This finding highlights the idea that, in order to realize the full benefits of physical activity, it needs to be incorporated into daily life, Learsaid. "Going to the gym is great, but we only have so much time we can spend there. If we can walk to work, or at lunch time, that will help too," he said.

The study's findings were published online today (Sept. 21) in the journal Lancet.