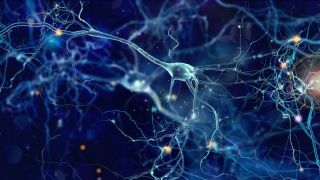 Can you see something without really seeing it? Your brain can: A new study from Germany finds that a specific neuron in the brain fires up when a person sees a photograph of a familiar face, even if the person isn't aware of seeing it.

This somewhat paradoxical finding — that the brain can react to something you aren't consciously aware of — adds to the growing body of knowledge of how the activities of certain brain cells relate to consciousness, said lead study author Thomas Reber, a research fellow of epileptology at the University of Bonn Medical Center in Germany. [The 10 Greatest Mysteries of the Mind]

Solving that puzzle — and fully understanding human consciousness — is still a long way off, and so far, researchers cannot say that these firing neurons cause conscious thoughts. The new study, published today (Sept. 21) in the journal Current Biology, builds upon earlier studies that linked individual brain cells, awareness and recognition of a celebrity.

The first of these was published in 2005, when a team of researchers identified what they nicknamed the "Jennifer Aniston neuron" — a single neuron in a study participant's brain that lit up when the participant recognized the face of a specific person — such as Jennifer Aniston, Bill Clinton or Halle Berry.

This 2005 study showed for the first time that whenever a person's conscious experience was concerned with a certain person or an object, a specific cell lit up in the medial temporal lobe, the part of the brain involved in long-term memory, Reber said.But if a person wasn’t aware of seeing the image, the "Jennifer Aniston neuron" didn't fire.

There are tricks for hiding an image from a person's awareness. For example, another study from 2008 used a masking technique that involved showing an image of a familiar face, such as Aniston’s, for 16 milliseconds and then immediately showing an image of a pattern, which muddled the afterimage of the face on the retina, making it difficult for the brain to register what it saw, Reber said.

In the new study, Reber and his team used a different method to hide images from a participant's awareness. They built their experiment around a phenomenon called attentional blink, which occurs when a person is shown two target images in quick succession among a rapid stream of other images that are equally familiar. When this happens, the person often fails to notice the second target image.

It's a way of hiding things in plain sight, Reber said.

In the study, the team enlisted 21 patients with epilepsy who were having electrodes placed in their brains for a special treatment unrelated to Reber’s experiments. [10 Things You Didn't Know About the Brain]

During trials of the experiment, a participant would see 14 different images that the scientists had previously determined were familiar to the person, each one having elicited specific activity of a particular brain cell. Reber and his team nicknamed these neurons "Roger Federer cells," after the tennis player.

During each trial, the researcher instructed the participant to look for two target images among the 14. Then, each of the images would flash on a screen for 150 milliseconds. The researchers monitored activity in the medial temporal lobe during the trial and afterward, asked the participants if they had seen the two images of the familiar faces, Reber said.

Each patient participated in 216 trials, and in just under half, the participants reported that they had not seen the second target image, Reber said.

The team found that even when a person failed to see the image of a familiar face, a "Roger Federer cell" lit up, although the signal was a bit weaker, and fired a bit later than it did for the non-hidden target image. This finding suggests that an "all or nothing" explanation for how some brain cells process information may be too blunt. "We find there are more in-betweens on the neural level than previously has been shown," Reber said.

Based on the unique signature of the brain cell that lit up, the researchers were able to link brain cell patterns to specific images and could tell which image had been presented, even though the participants themselves were unaware of it, according to the study.

These brain cells lit up throughout the medial temporal lobe, in areas not previously thought to play a role in awareness or perception.

"We're at the intersection of perception and memory," Reber said.

For future work, the researchers would like to investigate what would happen to perception and memory if there were direct stimulation of neurons, Reber said.

"This would allow [us] to move towards causal relationships between neural activity and having conscious experiences," he said.