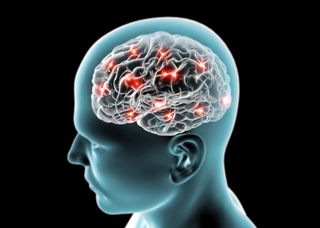 Researchers found that people who displayed similar brain activity while at rest compared to while they were completing a mental task performed those tasks more efficiently than people whose brain activity differed more between their resting state and when they were working on a task.

In the study, the researchers analyzed a series of brain scans on 100 healthy adults who had participated in the Human Connectome Project, an ongoing neuroscience effort that involves researchers at many U.S. institutions, including the University of Southern California and Harvard University. The participants were asked to sit quietly during one of the brain scans so that scientists could see how their brains looked in a "resting state." Then, the participants were asked to perform a series of cognitive tests while having their brains scanned. [10 Things You Didn’t Know About the Brain]

In the new study, the scientists included the brain scans obtained during the language task, the reasoning task and the memory task, according to the study.

The researchers focused on the networks of neurons that were activated when people were at rest and when they were performing the different cognitive tasks. They found that the participants whose brain activity during the resting state was similar to their brain activity while doing the task performed the tasks better. Similarity between the two states suggests that the brain can switch from one state to the other more efficiently, according to the study.

Indeed, previous research has suggested that the more intelligent a person is, the more efficient his or her brain activity is, the researchers wrote in their study, published Aug. 16 in The Journal of Neuroscience.

The researchers suggested two possible explanations for why being efficient at changing brain activity states and performing well on tasks might be linked. One explanation is that a person's brain is partially preconfigured to switch between resting and completing tasks, so less reconfiguration is needed. The other explanation is that people who perform well on the tasks require only small changes in their brain activity, the researchers wrote.

In other words, either a person's brain is at the ready, poised to make the switch easily, or it needs to make very small changes to do so.

However, if researchers could figure out a way to make people's brain connectivity networks more similar when they are at rest compared to when they're performing tasks, they could potentially improve people's cognitive abilities, Michael Cole, an assistant professor at the Center for Molecular and Behavioral Neuroscience at Rutgers University-Newark in New Jersey and a co-author of the study, said in a statement.