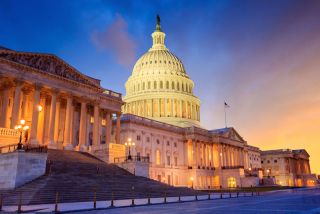 Congress has put forward a proposed budget to fund the remainder of 2017, and despite the wishes of President Donald Trump, science does not seem to be on the chopping block.

In this newly released budget, NIH will get a $2 billion bump in funding that was promised by Congress when it passed the 21st Century Cures Act, taking its total 2017 proposed budget to $34 billion. The Food and Drug Administration's proposed $2.8 billion budget is a modest $39 million increase over last year's budget. NASA's proposed budget of $19.7 billion is $368 million above the level enacted in 2016. The proposed NSF budget is essentially flat, at $7.5 billion. EPA will potentially sustain a modest cut of $81 million to its $8.06 billion budget, while the National Park Service will get an additional $81 million, for a total of $2.9 billion in funding, according to the House Appropriations Committee's Fiscal Year 2017 Omnibus Summary.

The proposed omnibus budget does heavily cut some science programs. For instance, it slashes $808 million in funding from clean energy projects with the Department of Energy, and it cuts $90 million from the National Oceanic and Atmospheric Administration's budget, leaving it with $5.7 billion.

The current proposed budget only funds the government through the remainder of fiscal 2017; it remains to be seen whether Congress will hew more closely to Trump's proposed budget for 2018.