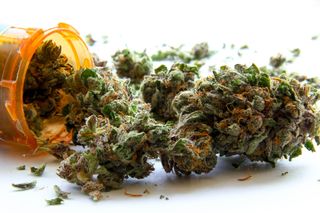 In recent years, illegal marijuana use has risen faster in states that have legalized medical marijuana than in states without such laws, a new study finds.

In addition, the percentage of people with "marijuana use disorders" — people who use the drug in unhealthy ways, or abuse it — has also increased at a higher rate in these states, according to the study.

Although medical marijuana laws may benefit some people, changes to state laws also may have negative consequences for public health, the researchers, led by Deborah Hasin, a professor of epidemiology at Columbia University in New York City, wrote in the study. Marijuana may, for example, help cancer patients with pain and nausea.

As of November 2016, a total of 28 states have passed medical marijuana laws, according to the study, published today (April 26) in the journal JAMA Psychiatry.

Data on people's marijuana use and rates of marijuana use disorders came from national surveys from the three time periods included, the study said. Nearly 120,000 people in 39 states were included in these surveys, according to the study.

The researchers noted that two states, California and Colorado, stood out for their higher rates of illegal marijuana use. For example, between 2001-2002 to 2012-2013, the rates of illegal marijuana use increased by 5.3 percentage points in California and 7 percentage points in Colorado, the researchers found. Marijuana has since been legalized for recreational use in both Colorado and California.

However, the study had several limitations, the researchers noted. For example, the survey participants reported their own marijuana use, which could have led to inaccuracies. In addition, as marijuana use became more common, people might have been more forthcoming about reporting their use of the drug, which, in turn, might have contributed to the sharper increase between 2002-2003 and 2012-2013. In other words, in the earlier survey, people might not have admitted to using marijuana.