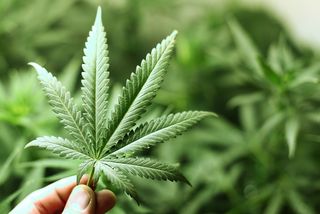 A phenomenon called "marijuana tourism" may be leading to an uptick in marijuana-related emergency-room visits in Colorado, one of the few states where recreational use of the drug is legal, a new report finds.

Since it became legal to sell marijuana in Colorado in 2014, the number of emergency-room visits possibly related to marijuana has increased more among out-of-state residents, compared with Colorado residents, according to the report.

The data match what doctors have been reporting seeing, anecdotally, in emergency rooms, said Dr. Howard Kim, an emergency medicine physician at Northwestern Medicine in Chicago, and an author of the report. (Kim previously worked in Colorado.) [11 Odd Facts About Marijuana]

For example, at one urban hospital in Colorado, the rate of all emergency-room visits by out-of-state residents that were possibly related to pot use doubled from 2013 to 2014, increasing from 85 per 10,000 visits to 168 per 10,000, according to the report, which was published today (Feb. 24) in The New England Journal of Medicine.

It's not surprising that the rates of emergency-room visits also increased for Colorado residents, Kim told Live Science. When you legalize marijuana, you expect more people to use it, and therefore, you'd also expect more people in the emergency room, he said.

What is much more notable are the dramatic increases in the rates among the out-of-staters, Kim said. Kim noted that it did not appear that people were necessarily traveling to Colorado specifically to use marijuana, but rather happen to use the drug while visiting the state for other reasons.

In the report, the researchers did not look specifically at how people were using marijuana; however, it's possible that edible marijuana may have been a culprit behind the rise in ER visits, Kim said. People often underestimate the effects of edible marijuana because it has a delayed onset, he said. So instead of waiting to feel the effects, a person may eat more, thinking it hasn't worked, he said.

While Colorado has started public health initiatives to inform people of the drug's potential side effects, these messages may not reach people in other states, and some visitors may even come from other countries, Kim said.

Instead, the researchers stressed the importance "point-of-sale" education, Kim said. In other words, when a person buys marijuana in Colorado, the salesperson (or "budtender") should clearly outline any health risks to the buyer, he said.

People who are traveling to visit states where marijuana is legal should be aware of the side effects, and exercise moderation, Kim added.

The vast majority of people who use marijuana do not experience symptoms that require a trip to the emergency room, Kim said.