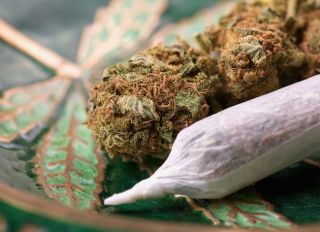 Marijuana use in the United States more than doubled from 2001 to 2013, according to new research.

Moreover, as more people began using marijuana, the number of people with the mental health condition that researchers call "marijuana use disorder" also increased, to about 3 percent of U.S. adults, the researchers found. People are considered to have this disorder if, for example, they wind up using the drug more often than they had intended, or if it interferes with their work or family life.

The uptick in marijuana use coincides with a profusion of increasingly permissive marijuana laws. Twenty-three states and the District of Columbia have legalized medical marijuana, including four states that have also legalized recreational marijuana. However, whether further efforts toward legalization will increase marijuana use remains uncertain, the researchers wrote in their study, which was published today (Oct. 21) in the journal JAMA Psychiatry. [11 Odd Facts About Marijuana]

But based on past experience with alcohol and nicotine laws, "changes in laws and policies (e.g., minimum legal drinking age and smoke-free laws) do appear related to changes in use and consequences," the researchers wrote. This suggests "that the legal status of marijuana could influence the rate of marijuana use disorders, particularly if legalization of recreational marijuana alters attitudes and permits financial interests to override public health and safety concerns," they wrote.

The new data comes from a broad survey of alcohol and drug use among 36,000 adults, a study called the National Epidemiologic Survey on Alcohol and Related Conditions, which researchers conducted between 2001-2002, and again in 2012-2013. Between the two time points, the percentage of people who said they used marijuana in the past year jumped from 4.1 percent to 9.5 percent.

The increase in use was largest among older users, women, people living in the South, and black and Hispanic users, the study found. (A separate study has found that fewer younger adolescents are now smoking pot.)

However, while the total number of people in the United States with marijuana use disorder increased, the fraction of pot smokers with the disorder actually dropped slightly, from 35.6 percent to 30 percent, between the two waves of the study.

The new study finds that marijuana use has increased in parallel with the rise of more permissive laws regarding the drug.

"All forms of legalization increase the availability of marijuana in some manner," the researchers wrote in the paper, which was published today (Oct. 21) in the journal JAMA Psychiatry. "Medical marijuana laws have little effect on adolescent recreational marijuana but may affect adult risk."

However, it may not be that the new laws are causing an increase in marijuana use. Rather, it could be that changing attitudes toward marijuana are driving both the new laws and the increase in use. For example, fewer Americans now view smoking marijuana as risky, according to a study published this year in the journal Drug and Alcohol Dependence.

Scientists disagree on the health risks of marijuana. Some studies suggest pot can stunt IQ, compromise lung health, reduce sperm counts and boost the risk of psychiatric disorders such as schizophrenia. However, other studies suggest that risk factors, aside from the marijuana per se, may actually be the cause of those negative health outcomes.

"Given the robust connection between beliefs about riskiness and actual use, changes in such beliefs may play an important role" in rates of marijuana use, the researchers wrote. "Therefore, public education about the risks of marijuana use, presented in a reasonable, balanced manner, appears increasingly important to counteract public beliefs that marijuana use is harmless."