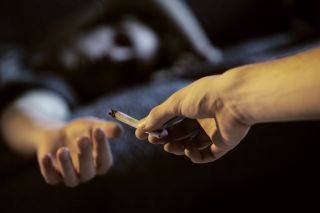 Marijuana use continues to become legal in more places, but that doesn't mean the drug's popularity among adolescents is growing, a new study finds.

Although disapproval of marijuana use has decreased dramatically among young adults — suggesting that this age group is viewing the drug less negatively — that's not the case for younger adolescents, according to the study.

The researchers found that disapproval of marijuana use has actually increased among adolescents ages 12 to 14. In 2013, 79 percent of kids in this age group said they strongly disapproved of people using marijuana, up from 74 percent who said the same in 2002. [Where Americans Smoke and Grow Marijuana (Maps)]

The finding "was surprising," given the growing legalization of the drug, said Christopher Salas-Wright, an assistant professor of social work at the University of Texas at Austin and the lead researcher on the study, published Sept. 16 in the American Journal of Drug and Alcohol Abuse.

In addition to investigating how teens and young adults viewed marijuana use, the researchers looked at how the rates of marijuana use have changed over time.

Over the study period, the researchers found, the percentage of teens using marijuana decreased, Salas-Wright told Live Science. In 2013, 4.5 percent of younger adolescents reported using the drug in past year, down from 6 percent in 2002. In older adolescents, rates dropped from 26 percent in 2002 to 22 percent in 2013, according to the study.

Rates of marijuana use among young adults did not change dramatically during the study period, even though the researchers observed substantial changes in young adults' views of the drug, he said. In 2013, 23 percent of young adults said they strongly disapproved of marijuana use, down from 41 percent in 2002, according to the study.

Marijuana can have negative effects on people's health, and some researchers have been concerned that marijuana's legalization could change attitudes toward the drug — perhaps making its use seem more normal or acceptable.

"This is the first study to show that low disapproval towards marijuana use is not necessarily such a big risk factor [as] we once thought it was," said Joseph Palamar, an assistant professor of population health at New York University, who was not involved in the study.

"Many studies have found strong links between disapproval and marijuana use, but this study found that young adults are reporting lower levels of disapproval even though they're not using [the drug]," Palamar told Live Science.

Recreational and medical marijuana use is increasingly becoming legal in the U.S. so it is no surprise that disapproval towards use is decreasing, he said. However, it appears that people’s disapproval of the drug began to decrease before more liberal marijuana laws were enacted, “so attitudes appear to affect laws, rather than the other way around.”

The results of the study don't mean that parents no longer need to have the "drug talk" with their young teens, though.

"While we obviously don't want to promote marijuana use among teens, it's important for parents and teachers not to demonstrate stigma towards users; otherwise, those who use or are thinking about using may not feel comfortable asking for advice or information," Palamar said.

For example, if a teen has developed an issue with marijuana use, he or she should feel comfortable approaching parents or teachers for help, he said.

"Disapproval and stigma may prevent some people from using marijuana, but this can work against our prevention, and harm reduction efforts in the long run," Palamar said.

The new findings suggest that "it's time to focus on marijuana use as a health issue and not a moral issue," he added.