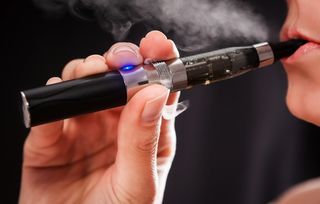 New York state is set to legalize medical marijuana today, with Gov. Andrew Cuomo expected to sign a bill passed by the state's legislature last week. But the proposed law is unique, and smoking a joint even for medical reasons will remain illegal.

Under the law, doctors can prescribe marijuana compounds for people who have just a handful of life-threatening and serious conditions, such as cancer and epilepsy. The new law also bars smoking the marijuana flower, and instead limits people to either taking pills, consuming the plant's oils or extracts, or "vaporizing" the drug.

Experts say that vaporizing cannabis is probably healthier and less irritating to the lungs than smoking it, but this misty consumption method may also be more potent than smoking. And researchers know far less about the long-term effects of "vaping" the compounds in marijuana extracts or oils, compared with the effects of inhaling compounds directly from the plant, experts say. [Vaping: How E-cigs Work]

"We don't have the same safety data for extracts as we do for the flower," the part of the plant most often burned when smoking marijuana, said Mitch Earleywine, a psychologist at the University at Albany in New York, who studies marijuana use.

It's not exactly news that smoking marijuana can harm the lungs. Burning marijuana produces hundreds of cancer-causing compounds.

"Aside from all the carcinogens in it, you're going to get soot in your lungs" from smoking marijuana, said Dr. John Malouff, a researcher at the University of New England in Australia, who has conducted research on the perceived benefits of vaporizing marijuana. "Because it's not filtered in any way," he said of smoking, "it's really harsh to everything it touches."

Vaporizers come in many forms, from the bulky plug-in tubes to the slim, battery-operated e-cigarette pens. Some heat marijuana flowers until a fine-mist vapor forms that contains cannabinoids, the compounds thought to be responsible for marijuana's calming and mind-altering effects. Most vape pens, however are used to heat the oils and extracts of marijuana, which are colloquially called "dabs."

The law's restriction of marijuana consumption to vaping is sensible from a health perspective, Malouff said.

"If you're going to approve marijuana for medical use, why would you have people smoke? There's no medicine that people smoke," Malouff said.

Several studies suggest that vaporizing is better for health than smoked marijuana.

Malouff has found that chronic marijuana users cite reduced lung irritation, as well as improved taste and the absence of a lingering marijuana smell on their clothes and bodies, as key reasons for vaping rather than smoking the plant.

A 2004 study in the Journal of Cannabis Therapeutics found that vaporized marijuana contained little other than cannabinoids, and a 2007 study found users inhaled fewer toxic compounds and carbon monoxide when vaping compared with smoking marijuana.

And in 2010, Earleywine and his colleague Nicholas Van Dam found that marijuana users who complain of respiratory irritation reported a stark improvement in their symptoms just a month after switching to vaporized forms of marijuana. Those symptoms include asthma, shortness of breath and coughing up phlegm. The researchers also measured objective improvement in the participants' lung function.

But although vaporizing may sidestep respiratory problems, its physiological effects could be slightly different than those of smoked marijuana. That's especially true for vaporized extracts, which contain little other than cannabinoids such as THC, the main psychoactive compound in marijuana.

By not allowing the smoking of marijuana, lawmakers may have aimed to avoid undercutting the state's anti-smoking campaigns or to allow police to distinguish legal medical marijuana consumers from illegal pot growers, Earleywine said. But the law could have unintended consequences, as much less is known about the physiology of vaporizing dabs, he said.

In a forthcoming study in the journal Addictive Behaviors, Earleywine and his University at Albany colleague Mallory Loflin have found that compared to marijuana smokers, dab users may more rapidly develop tolerance to the active compounds, and may also have a greater risk of marijuana withdrawal.