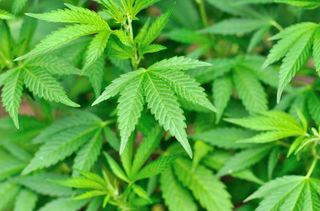 Voters in California, Massachusetts and Nevada decided yesterday (Nov. 8) to legalize the recreational use of marijuana in their states.

These three states joined Alaska, Colorado, Oregon, Washington and the District of Columbia, which had already legalized the drug for recreational use in previous votes.

That means that medical marijuana is now legal in 28 states, and an additional 16 states have laws that allow for limited medical use of the drug, according to Time. In most cases, these limited-medical-use laws mean that only a specific type of cannabis extract can be used. This extract contains concentrated cannabidiol but is low in tetrahydrocannabinol (THC), the main psychoactive compound of marijuana, according to the marijuana advocacy organization National Organization for the Reform of Marijuana Laws. [Marijuana Legalization in the US (Map)]

In California, Massachusetts and Nevada, the new laws limit marijuana use and possession to adults ages 21 and up. Residents of those states will legally be allowed to grow up to six marijuana plants, although in Nevada, cultivation will be allowed only for people who live more than 25 miles from a retail marijuana store.

In California and Nevada, employers will have the right to enforce rules about how their employees use marijuana. In Massachusetts, the ballot measure states that employers will be permitted "to prohibit the consumption of marijuana by employees in the workplace."

Marijuana use in public places, however, is still illegal in all states that have legalized recreational marijuana use.

A Gallup poll from October found that 60 percent of Americans now say marijuana should be legal.