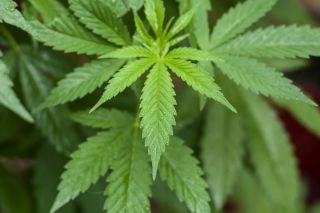 Marijuana could potentially help cancer patients who have nausea or pain, and could possibly even be used as a treatment for certain cancers, but much more research is needed before any of these uses could be recommended, a new review article said.

There is promising research on marijuana use in the field of cancer medicine, but many of the studies that have been done are outdated, looked at only a small number of people or were conducted in animals, said Dr. Tina Rizack, a co-author of the review and an oncologist at Women & Infants Hospital in Providence, Rhode Island. This leaves questions about how that research may apply to human patients.

For now, the drug isn't recommended as a first-line treatment for any cancer or cancer-related side effect, but as legalization of, access to and research on marijuana increases, this may change, the researchers said.

"As [marijuana] becomes more available, patients will ask more questions about its therapeutic value, and, hopefully, more research will be done to answer these questions," Rizack told Live Science. [11 Odd Facts About Marijuana]

In the review, the researchers describe several studies that suggest the synthetic forms of tetrahydrocannabinol (THC) — the active ingredient in marijuana — had some anti-nasuea and anti-vomiting effects. For example, one study of 600 cancer patients found that the compound nabilone (a synthetic form of THC) was better at preventing nausea and vomiting than were several existing anti-nausea medications.

However, newer and more effective anti-nausea medications have come out since these studies were published, Rizack said, and studies have yet to compare synthetic marijuana to these newer medications.

In addition there are no studies that compare smoked marijuana to these newer anti-nausea medications. For this reason, marijuana compounds are used only in cancer patients who aren't helped by current anti-nausea or anti-vomiting medications, the review said. (This could happen in areas where medical marijuana is legal.)

Some studies have also suggested that compounds in marijuana may be helpful for cancer pain. For example, a small study of 36 cancer patients found that 10 milligrams of THC produced pain-relieving effects comparable to those of 60 mg of the opiate codeine.

Another study of nabiximols (brand name Sativex), a "marijuana mouth spray" that contains both THC and another compound called cannabidiol, found that low and medium doses of the spray had better pain-relieving effects than a placebo. This result was found in cancer patients with pain who had not been helped by taking opioid drugs.

Although current research isn't enough to recommend cannabis or THC as a first-line treatment for cancer pain, the results suggest the drug might be beneficial as an "add-on" medication, used in combination with other treatments, the review said.

Finally, some studies suggest that cannabis has potential as a cancer treatment itself, although results have been conflicting, and these studies have largely been done in animals, the review said.

But one study has looked at the effects of THC on cancer in humans. This small study, conducted in Spain, involved nine patients who had a type of fast-growing brain cancer; these patients had had not been helped by other treatments for their cancer.

The researchers injected THC directly into the brain tumors, and the drug appeared to decrease tumor growth in at least two of the patients. However, the study was not designed to assess the effectiveness of the treatment, and there was no control group (or group of patients who did not receive the treatment), so the researchers could not determine if the effects were due to chance.

Overall, compounds in marijuana are fairly safe, and overdose is unlikely, the researchers said. The drug's side effects can include disorientation, drowsiness, dizziness and poor concentration, the review said. Some studies have found that THC has more of a sedating effect than does codeine, but it has not been found to slow breathing rate, the review said.

"More research is needed in all areas related to the therapeutic use of marijuana in oncology," the researchers concluded.

The review is published today (March 17) in the journal JAMA Oncology.