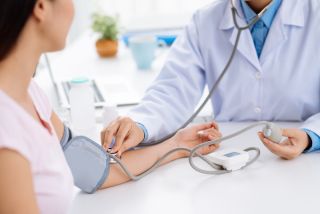 Patients in the United States may be much more willing to disclose their sexual orientation to the staff in a hospital emergency room than health professionals think, a new study suggests.

The researchers found that about 78 percent of health professionals surveyed thought that patients would not wish to divulge information about their sexual orientation in the emergency room. However, only 10 percent of patients who the researchers surveyed said they would refuse to provide this information when asked in this setting, according to the findings, published today (April 24) in the journal JAMA Internal Medicine.

The findings are important, the researchers said, because other research has suggested that lesbian, gay and bisexual (LGB) populations report having poorer health as well as less access to health insurance and health services than heterosexual populations. But a lack of data on sexual orientation has made it difficult to address the health disparities in the LGB community, the researchers said. [5 Myths About Gay People Debunked]

These findings demonstrate that there can be a difference between what health professionals perceive and what patients want, think and prefer, said lead study author Dr. Adil Haider, a surgeon and a director of the Center for Surgery and Public Health at Brigham and Women's Hospital in Boston.

The study showed that the vast majority of patients surveyed indicated that they would be especially comfortable disclosing their sexual orientation in the ER if the question was being asked of all patients, Haider told Live Science.

Currently, the U.S. Department of Health and Human Services and the National Academy of Medicine recommend that information about sexual orientation be routinely collected in federally funded population health surveys as well as in patients' electronic health records.

But few hospitals and health centers are collecting this data, the study authors said.

The researchers focused on the emergency room, because patients there do not choose their own doctors as they would in a primary care setting, Haider said. He also said that the researchers wanted to understand how willing health professionals would be to routinely collect this data from patients.

In the study, the researchers conducted two separate nationwide surveys, one among patients who had sought medical care in an emergency room, and another of doctors and nurses who worked in emergency rooms.

For the patient group, the researchers wanted to ensure there were enough people included who identified as lesbian, gay and bisexual, so they actively recruited people through organizations that advocate for these groups. The investigators wound up with a group of about 1,500 adults: Roughly half were straight, 16 percent were lesbians, 19 percent were gay men, and 12 percent were bisexual. The average age in the patient group was 49.

The group of health care professionals included about 400 people and was composed of roughly equal numbers of nurses and physicians. The participants' average age was 51.

The study found that more than three-quarters of health professionals thought that patients might be offended by or would refuse to answer questions about their sexual orientation in the hospital emergency room. However, only about 10 percent of patients reported they would be offended by or refuse to give answers to these queries, the study showed.

Haider said that he suspects these different perceptions may exist in part because health professionals may feel they should ask about patients' sexual orientation only if this information has relevance to the disease they are treating. But Haider said this approach might actually be stigmatizing, because health professionals then wind up asking only some people this question, but not others.

On the other hand, Haider said, patients seem comfortable with the idea of health care professionals routinely asking people provide information about sexual orientation. This normalizes the idea of sexual orientation and it just becomes demographic information that gets collected, so all a patient would need to do is to check a box on a paper-and-pencil form or an electronic tablet, he said. [How Do I Love Thee? Experts Count 8 Ways]

Haider said the findings suggested that patients are interested in providing information about sexual orientation because they want to be seen as a whole person. Doing so may help in developing trusting relationships with health professionals and allow all people to feel respected, welcome and comfortable in their care, Haider said.

The study also found that people who were bisexual felt the least comfortable about sharing information on sexual orientation, with 16 percent of bisexual people surveyed saying they would refuse to provide that information. Previous studies have shown that bisexual individuals experience higher levels of identity confusion than lesbian and gay individuals, the researchers said.

Haider said the research team is conducting another study to evaluate which methods may work best to collect sexual orientation information in the hospital setting, such as whether to collect the information on documents or tablets or face-to-face questioning.