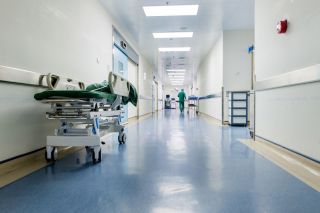 About one in five U.S. adults visits the emergency room at least once per year, according to a new report.

Women were more likely than men to make an ER visit; about 20 percent of women said they went to the ER, compared with 16 percent of men.

In the past, researchers have found differences in ER use depending on the type of insurance that people have; those with private insurance are less likely to visit the ER than are people with Medicaid or people who are uninsured. Because nearly 8 million people gained health insurance between 2013 and 2014 as a result of the Affordable Care Act, the researchers also looked to see whether there were changes in ER visits during this period.

They found that, overall, ER use among adults did not change between 2013 and 2014. But the percentage of adults who visited the ER two or more times dropped slightly, from 8 percent to 6 percent. [7 Facts You Should Know About Health Care Reform]

"The findings indicate that, so far, there have been no changes over time [in ER visits], and disparities between groups persist," the researchers said. More research on ER visits could help identify ways to reduce inappropriate ER use, they said.

The report is published today (Feb. 18) as a CDC National Health Statistics Report.