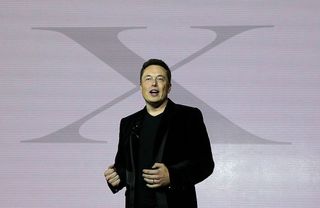 And above all, I've been imagining a network of electrodes clinging to my brain, trying, with increasing mechanical desperation, to unwind all of these thoughts and figure out what to do with them.

That's what tech guru Elon Musk wants: neural implants that would connect to the human brain and merge the mind with a machine. The idea, as he's put it in several talks and conferences in recent months, is to connect with ultrasmart artificial intelligence, lest AI eclipse humanity entirely. As a first step, Musk recently launched a company called Neuralink Corp., which appears poised to join the medical device market for implants designed for injured or diseased brains. [Super-Intelligent Machines: 7 Robotic Futures]

When The Wall Street Journal first broke the news of the rocket-and-electric-car-entrepreneur's new venture, media outlets (including Live Science) quickly made the connection between Musk's ambitions and recent advances in neural prosthetics that let people move bionic body parts with their brains and even feel with false limbs. Potential applications include brain implants that ease the symptoms of epilepsy and Parkinson's disease with miniature electric shocks.

This litany might make it seem like Musk's "neural lace" technology is mere steps away. But it's a long walk from moving a prosthetic limb with the motor cortex to plugging a healthy brain into a smartphone. How would an electrode array record the brain's many wandering thoughts? Even if it could capture them, how would it decode which were important? And would a human brain even be able to process whatever the artificially intelligent network sent back?

Little is known about Musk's plans for Neuralink, but it has been registered as a medical research company, which suggests that the first goal will be to break into the neural implant market for neural injuries or degenerative nervous system disorders. Wired compared this presumed plan with Musk's strategy of building low-cost rockets as a stepping stone toward Mars colonization.

Rockets, however, had already been invented before Musk started SpaceX. Neuralink's researchers won't have so much to build on. Current neural prosthetics have come a long way, but they still manage only a limited range of motions, said Brad Wyble, a professor of psychology at Pennsylvania State University who studies visual cognition. For someone who has a severed spinal cord from an accident, any mobility is fantastic; for someone able-bodied, the spinal cord is far more advanced, Wyble said.

"We already have the peripheral nervous system," he said. "That's the gadget you've got to beat."

Musk is on the record as complaining that human interactions with devices are inefficient, and it's true that thumb-typing on a smartphone is not humanity's most effective use of dexterity. Nevertheless, the spinal cord is like the neural lace of sci-fi writers' dreams, Wyble said. It is more than just a relay cable. It takes the burden off the brain by handling reflexes on its own; it also does some of its own processing in dealing with more complex inputs. A 2011 study published in the journal Magnetic Resonance Imaging, for example, found that spinal cord activity in response to a sensory input (painful heat, in this case) is different depending on whether a person is distracted or focused on his or her senses. In other words, higher-order mental processes can influence the way that very basic sensory processes work.

If mimicking the spinal cord is currently out of reach, figuring out the brain is somewhere in the stratosphere, Wyble said.

"We have barely scratched the surface as far as how hard it is to think," Wyble said.

Beyond the very basic coding in the sensory or motor cortex, neuroscientists haven't cracked the brain's processing language. No one knows how thoughts or intentions are structured in neuron impulses and action potentials. An electrode array couldn't read my relevant thoughts about what I'm about to type next, much less differentiate them from my flittering ruminations on lunch. And those random thoughts are not insignificant. One study found that people spend about 47 percent of their time thinking things that are not related to the task at hand.

Nor is thought a simple input/output sort of process, which might make integrating the mind with machines additionally challenging. Wyble cited the example of Spritz, a speed-reading app that is purported to make reading faster by presenting words directly in the center of vision, so the eyes wouldn't have to move across the page. [5 Intriguing Uses for Artificial Intelligence (That Aren't Killer Robots)]

"The problem with that line of thinking is the brain is doing stuff constantly while you're reading," Wyble said. The limitation isn't how fast the eye can move, but all the processing that goes on within the brain. Cramming more information into the visual system more quickly won't necessarily improve performance, Wyble said.

"The brain is probably very well-adapted and finely tuned to the pace of information that the peripheral nervous system delivers," Wyble said.

Even if scientists could translate complex feedback loops between the brain and a digital device, what hardware would do the job?

"There aren't very many electrodes that you can insert into the brain that will record individual neurons over long periods of time," said Randolph Nudo, director of the Landon Center on Aging at the University of Kansas Medical Center, who is working on brain implants designed to bridge communication gaps in the brain after brain injury or stroke. The best technology available now is the Utah array, which allows for up to 128 electrodes to connect with neurons in the sensory or motor cortex — not the presumed millions of neurons you'd need to decode higher-order processing. Even with this top-of-the-line tech, the electrodes stop working after a few months, Nudo said. Scar tissue builds up around the insertion points, degrading the electrical signal.

Nudo said he and his colleagues hope to use their implants to nudge the brain to rewire, removing the hardware after the connections have been re-established. But Musk's neural lace would need to be permanent, Nudo said.

"Not only do you have the risk to the patient of infections and so on, the device may not last a lifetime," Nudo said. No one has a clear idea of how to make a device that could safely interface with the brain in a sophisticated enough way to be useful, he said.

Nudo, it so happens, once owned the name Neuralink. He and his partner Pedram Mohseni recently sold the name to a person they only later found out was representing Musk. Nudo and Mohseni are still working on the brain-implant technology with funding from the U.S. Department of Defense, and hope to be able to prove that it works in primates within two years, Nudo said. So far, they've tested implants only in rodents.

One of the greatest challenges to brain-implant development, Nudo said, is gaining approval from the Food and Drug Administration (FDA). To get approval to even test a medical device in humans, developers have to develop a prototype and show that it won't be dangerous.

"It's a huge economic hurdle to get that done, and tens of millions of dollars are often spent in that process of getting even a simple device through the FDA process," Nudo said.

Venture capital is usually the only way to raise that kind of cash, Nudo said. But venture capitalists do expect a return on investment. That's another potential stumbling block for Musk, Nudo said. The people most likely to be willing to test out a brain implant are those who have the least to lose — people with neurodegenerative disorders or nervous system injuries that affect their movement or speech or other basic functions. But in the grand scheme of things, that's not that many people, Nudo said.

"If you have a small population of patients that could benefit from it, the bottom line is that you will have a very hard time making money," he said.

Despite all these hurdles, no one wants to discount Musk's ideas. The entrepreneur is famous for pushing technology forward with dramatic pronouncements and short development timelines, and Nudo and Wyble agreed that Musk's ability to direct the public spotlight to neuroscience research could be a godsend.

"Applications like this are always a tremendous driver of public interest," Wyble said. "The danger comes when we make unrealistic promises of what will soon be possible, because those unfulfilled promises can lead to a backlash and a loss of confidence in science."