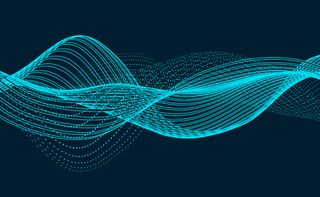 The satisfying click of a car door. The snippy voice of Siri on your phone. The sudden explosion in your favorite action movie. These everyday sounds, as well as some unusual ones, are examined in a new podcast that delves into the stories — and the people — behind the creation of sounds, encouraging listeners to be more aware of this sense.

The "Twenty Thousand Hertz" podcast, named after the highest frequency that humans can hear, is a nod to all the audio phenomena we encounter on daily basis. The next episode is scheduled to be released today (April 4).

In a recent episode, listeners get to travel from Mercury to Pluto, and learn how sound waves would change on different planets. NASA scientists on the podcast explained that sound would be unable to move through the vacuum of space. But on Venus, for example, the carbon dioxide-rich atmosphere would be so thick that if humans could go to the planet and listen to its storms, they would sound as if they were muffled. On Mars, the Red Planet's atmosphere is thinner than Earth's, so there would be very few molecules for sound to move, the scientists said. [What's That Noise? 11 Strange and Mysterious Sounds on Earth & Beyond]

Each 15-minute episode is hosted by Dallas Taylor, a sound designer who has been involved in mixing sound for live news, television shows, sports programming and video games, and who is acutely aware of the importance of audio experiences.

"We spend a lot of time thinking about what we see and making what we see more pleasant — the color of our car, of our carpets, of our houses or the aesthetic of a lamp, or a desk," Taylor told Live Science. "But whenever it comes to sound, we think it as being exclusive to music only and we discount all of the other things. So the point of the show is to give people information and stories to grasp onto that'll ultimately heighten their experience with sound in their world."

For example, the first episode, which was released on Nov. 1, 2016, is about the voice behind Siri, Apple's virtual assistant. Listeners get to hear from Susan Bennett, the voice actor who recorded lines for Apple without realizing that her voice would become every iPhone user's pocket personal assistant. The episode also examines how Bennett's voice was recorded in a single pitch, without any inflection, which is part of the reason why Siri sometimes sounds as if she has an attitude.

Another episode explores the precise engineering that goes into each little sound in a car. From the car door to the engine, automakers are careful about what noise each part produces, designing them so that even the thunk or the hum will give consumers the impression of a well-built machine.

In the future, Taylor plans to talk about so-called Foley artists, who reproduce everyday background sounds for film and TV. Without these artists recording the swishing of clothing or the sound of footsteps, movies would sound eerily quiet and unnatural. Taylor said other episodes will also unwrap how mammals, such as dolphins, communicate underwater, and how hearing loss slowly starts at the highest frequencies and is unnoticeable until it has progressed to a wider range of sounds.

"I want everyone from a 3-year-old to a 90-year-old to be able to identify with the show," Taylor said. "Anyone can come together and have a conversation and be inspired by the experience of sound."

And with more than 200 ideas for upcoming episodes, there's likely to be something that sparks the curiosity of every listener. New episodes air every other Tuesday, and people can catch the show on iTunes or any other podcast app.