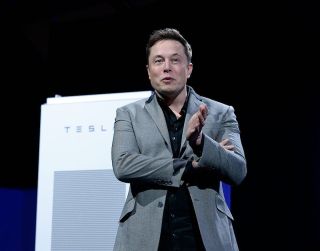 How can humans stay relevant in an age of artificial intelligence? Elon Musk thinks cyborgs are the answer.

The Tesla and SpaceX CEO discussed the need for a "merger of biological intelligence and digital intelligence" during a talk today (Feb. 13) at the World Government Summit in Dubai, CNBC reported.

One of the main advantages computers have over humans is the speed at which they can send out information, Musk said. While humans are limited by the the speed of theirtyping, a computer can send out information at "a trillion bits per second," Musk said. As artificial intelligence (AI) becomes more advanced, humans will also need to evolve to remain relevant, he added. [Super-Intelligent Machines: 7 Robotic Futures]

"Some high-bandwidth interface to the brain will be something that helps achieve a symbiosis between human and machine intelligence, and maybe solves the control problem and the usefulness problem," Musk said of the need for humans to merge their minds with computers, according to CNBC.

Musk has previously discussed a system that could link human brains to a computer interface. This so-called "neural lace" concept, which would add a digital layer of intelligence to the human brain, was first mentioned at Recode's Code Conference last year. Since introducing the idea, Musk has hinted at the interface's progress and has further discussed his views on an artificially intelligent future.

Musk has also expressed his fear of "deep AI," explaining that an artificial general intelligence would be "smarter than the smartest human on Earth." Though this technology is not an immediate threat, Musk said the combination of human brains with machine intelligence will ensure humanity's continued relevance.

However, one aspect of AI that is an immediate threat is the displacement of jobs, Musk said. During the World Government Summit talk, Musk specifically noted that with autonomous cars, an industry in which Tesla is a leader, AI will displace people in driving-focused positions such as truck drivers, delivery drivers and taxi drivers.

"The most near-term impact from a technology standpoint is autonomous cars," Musk said at the Summit, according to CNBC. "But there are many people whose jobs are to drive. In fact, I think it might be the single largest employer of people ... driving in various forms."

Musk estimated that 12 to 15 percent of the global workforce will be out of a job once autonomous vehicles AI take over driving duties, CNBC reported.