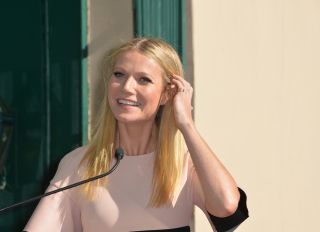 Move over, vaginal steaming: Actress Gwyneth Paltrow is suggesting an alleged new way to boost your reproductive health: a "jade egg" that's inserted into the vagina. The eggs are currently sold out on Paltrow's website, goop.

But similar to the response to another one of Paltrow's health recommendations — that women squat over a bowl of steaming water and herbs, to steam clean the uterus — her new suggestion that women hold a 1- to 2-inch egg made out of jade in their vaginas for extended periods of time has been criticized by health experts.

The eggs are said to "harness the power of energy work, crystal healing, and a Kegel-like physical practice. Fans say regular use increases chi, orgasms, vaginal muscle tone, hormonal balance, and feminine energy in general," a contributor wrote in a recent post on goop.

Gynecologists, however, are less enthusiastic about the jade eggs' purported healing powers. [7 Facts Women (And Men) Should Know About the Vagina]

"There are no studies or evidence to show that jade eggs help with orgasms, vaginal muscle tone or hormonal balance," said Dr. Leena Nathan, an assistant clinical professor of obstetrics and gynecology at UCLA Health in Los Angeles.

"Jade does not result in hormonal changes, even when inserted in the vagina," Nathan said.

Indeed, as with vaginal steaming, there is no evidence that jade eggs have any benefit for women or reproductive health, Nathan told Live Science.

And although there is evidence to support doing Kegel exercises, because the pelvic floor muscle-strengthening exercises can help women with urinary incontinence, Nathan noted that the jade egg still misses the mark.

"Holding the jade egg in the vagina does require the same muscle contraction that a woman would perform with a Kegel exercise" in order to keep the egg in place," she said. However, "a woman would need to perform a constant Kegel, which would not be comfortable or advisable," she added.

Dr. Jen Gunter, an OB-GYN based in San Francisco, agreed. "Regarding the suggestion to wear the jade egg while walking around, well, I would like to point out that your pelvic floor muscles are not meant to contract continuously," Gunter wrote in a blog post on Jan. 17. "Overenthusiastic Kegel exercises or incorrectly done Kegel exercises are a cause of pelvic pain and pain with sex in [women I see in] my practice," she added.

In addition, the actual jade may pose a problem for health.

Because jade is a porous material, it could act as a breeding ground for infection, Nathan said. The egg is a foreign body that could alter the bacteria and the pH of the vagina, "resulting in infections such as bacterial vaginosis, or even toxic shock syndrome if left in for too long," she said.

Nathan said she would advise women who are interested in using a jade egg "to save her money and see a great pelvic floor therapist instead if she needs help with pelvic floor strengthening."