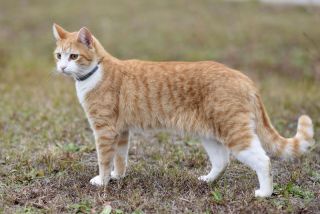 Half a dozen pet cats in Idaho were infected with plague this year, according to a new report of the cases.

In May through July, veterinarians in Idaho tested 12 cats that had gotten sick, checking to see if the animals were infected with plague. Six of the tests came back positive, according to the report, from the Centers for Disease Control and Prevention (CDC).

All of the cats had come into contact with ground squirrels or other wild rodents or rabbits before getting sick, the CDC said. Most of the cats lived in an area of southwestern Idaho where health officials had previously found dead squirrels that tested positive for plague.

Plague is caused by bacteria called Yersinia pestis, which can infect humans and other mammals. The disease can spread through bites from infected fleas, or from contact with an infected mammal.

No human cases of plague were tied to the Idaho cats, the report said. But felines can spread the disease to humans through bites and scratches, and in some cases, by breathing out droplets that contain the bacteria.

"Pet owners can reduce the risk for plague in pets by controlling pet roaming," controlling fleas on pets, and minimizing habitats for mice and rats inside and outside the home, the CDC said. [10 Deadly Diseases That Hopped Across Species]

When the cats with plaque got sick, most of them had a fever and enlarged lymph nodes, the report said. Other symptoms of plague in cats include fatigue and loss of appetite, the CDC said.

Cats are highly susceptible to plague, more likely than dogs to become sick with the bacterial infection, the CDC said.

"Veterinarians should consider the diagnosis of plague in pets, including cats," if the animals show symptoms of the disease and have had contact with rodents or other sick pets in an area where plague is known to occur, the report said.