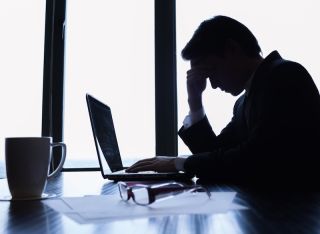 Young men with elevated heart rates and high blood pressure may have an increased risk of developing certain mental health disorders later in life, a new study from Sweden finds.

In the study, researchers looked at data collected between 1969 and 2010 on nearly 1.8 million men. The men's resting heart rates and blood pressure were recorded during a medical exam they underwent at age 18 when they registered for the Swedish Armed Forces, which was mandatory until 2010. To determine which of these men developed a mental illness at any point after their exam, the researchers looked at Sweden's National Patient Register, which contains information about all psychiatric inpatient admissions in Sweden since 1973 and both inpatient and outpatient treatments since 2001.

Previous research has shown a link between an increased resting heart rate at age 18 and an increased risk of later developing heart disease, the researchers noted in their study.

"We were surprised to find that the risks associated with high resting heart rate, although relatively modest, were still of similar magnitude as those reported earlier for heart rate and cardiovascular disease and mortality," Antti Latvala, the lead author of the new study and a medical epidemiology researcher at the Karolinska Institute, told Live Science. [9 DIY Ways to Improve Your Mental Health]

However, the men's risks of later developing a substance abuse disorder, or of having violent crime convictions, were associated with a lower resting heart rate.

The links between the mental health conditions and heart rate were generally also seen with the blood pressure measurements, the researchers said.

But the links found in the study were associations; the study does not prove that a higher heart rate or higher blood pressure causes a mental health problem, the researchers said. [7 Ways to Recognize Depression in 20-Somethings]

For instance, the researchers noted, OCD and other anxiety disorders may begin during a person's childhood or early adolescence. Thus, many of the 18-year-old men in the study may have already developed these mental health conditions. Their high heart rates or blood pressure measurements may have been symptoms of their disorders, rather than precursors or risk factors, the researchers said.

The researchers also noted other limitations of their study, including that heart rate and blood pressure are "not optimal" measures of the activity of the autonomic nervous system, which is the part of the nervous system that controls involuntary activities such as heart rate and blood pressure, and is what the researchers were aiming to measure. More detailed measures of the autonomic nervous system's activity should be looked at in future studies of people's mental health, they said.

Moreover, the researchers included data only on men, so the findings may not extend to women, for a number of reasons. For instance, women generally have higher heart rates than men.

The researchers said they hope that future studies that follow participants forward over time may have shed more light on the connection between the autonomic nervous system and potential risk factors or causes of mental illness.