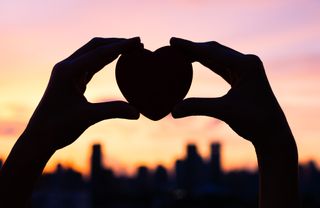 Communities in the U.S. range widely in the percentage of residents who've had heart attacks, a new report shows.

Less than 2 percent of the residents of Boulder, Colorado, and Ann Arbor, Michigan, reported having had heart attacks, according to new findings from a Gallup-Healthways survey of people living in 190 U.S. metro areas, conducted in 2014 and 2015.

When asked by an interviewer, "Have you ever been told by a physician or nurse that you have had a heart attack?" just 1.3 percent of the residents in either of those communities responded yes, the survey found. [How Heart-Healthy Is Your City? Full Rankings of 190 US Cities]

The community with the highest rate of heart attacks was Charleston, West Virginia, according to the survey. Among Charleston residents, 8.8 percent said that they had experienced heart attacks, the researchers found. (A previous Gallup-Healthways survey, released earlier this year, found that the Charleston community also ranked lowest in terms of the general well-being of its residents.)

The communities of Deltona-Daytona Beach-Ormond Beach, Florida; Duluth, Minnesota-Wisconsin; and Huntington-Ashland, West Virginia-Kentucky-Ohio also fell at the bottom of the list for heart health. In all three areas, more than 7.7 percent of residents reported experiencing heart attacks.

The investigators noted that the communities with the lowest rates of heart attacks also had generally lower rates of health conditions such as high blood pressure, high cholesterol and diabetes. Meanwhile, communities at the other end of the rankings had higher rates of these conditions, as well as obesity and depression.

The survey also included information on people's productivity levels and health behavior. Compared with people who had never been diagnosed with heart problems, people who had been diagnosed with heart problems in the past year were 12 percent less likely to say they felt active and productive every day, and were 66 percent more likely to say they had trouble concentrating at work due to health or physical conditions.