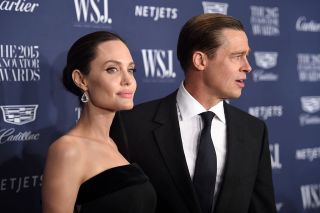 Brad Pitt and Angelina Jolie fans were left reeling Tuesday morning after news broke that the couple is getting divorced.

According to the Associated Press, in the divorce papers she filed, Jolie Pitt cited "irreconcilable differences," a vague term that could apply to any number of reasons.

The most common cause for divorce, however, comes down to communication differences, said Nicholas Wolfinger, a professor of family and consumer studies at the University of Utah. [The Science of Breakups: 7 Facts About Splitsville]

For example, women may not communicate their emotional needs, or men may not hear them, Wolfinger said. Indeed, after a divorce that was initiated by a woman, men will often say that they don't know what happened, Wolfinger said. Women initiate divorce about two-thirds of the time, he added.

Early reports on the reasons for Jolie and Pitt's divorce announcement cited their different approaches to parenting as a reason for the split. Pitt and Jolie have six children.

But there isn't much evidence that shows having different parenting styles is a common cause of divorce, Wolfinger said. Every couple has differences about parenting, he added. The question is how they communicate these differences, he said.

Other factors that may mean a couple is more likely to get divorced include if they get married young or if they are less educated, Wolfinger said.

In addition, people who divorce and then remarry also have higher divorce rates, Wolfinger said. If a person has already shown that they're willing to resort to divorce, they're more likely to do it again, he said.

Both Pitt and Jolie were previously married. Before their own wedding in 2014, the couple had been together for nearly a decade.

Interestingly, research has shown that couples who live together before marriage have higher divorce rates than those who do not, Wolfinger said. The findings seem counterintuitive, because living together before getting married can seem like a "trial marriage," he said.

Brangelina's breakup, however, doesn't mean that marriage is dead in America.

Divorce rates have actually been decreasing over the past 35 years, Wolfinger said. And surveys have shown that Americans do value marriage and disapprove of adultery, he said.

It's also important to keep in mind that Brad Pitt and Angelina Jolie's actions don't represent trends in America, Wolfinger added. The lives of celebrities such as Pitt and Jolie are fundamentally very different from those of the average American, he said.