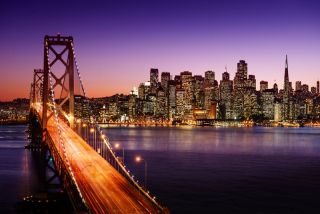 It's no mere hypothesis that collaboration in the lab can advance science. Exciting discoveries tend to be based on collective research conducted over time. With pipelines in need of new discoveries, it's no wonder that so many life sciences organizations are investing in lab design that facilitates interaction. But what's been observed less — until now — is the influence of energizing interactions and experiences that take place outside the laboratory walls.

Some cities simply offer more productive ecosystems for scientific discovery than others.

More than a backdrop to innovation, certain cities in the United States and around the world have emerged as active innovation centers, where forward-thinking public and private-sector investment is focused on attracting scientists and other innovators to live and work in the region. Thoughtfully developed mixed-use districts nurture the cross-pollination of ideas from a wide swath of disciplines, from technology and life sciences to finance, communications and the arts.

As these communities become more connected, they also become more inviting places to live. And with more talent, of course, comes more opportunity for industry to invest in that talent. The result is a cycle of innovation that fosters research and startups, a fluid patent pipeline and vibrant economies.

Do you live in a global innovation hub?

The convergence of innovation-oriented cities and life sciences advancement is coming to a head, as evidenced by research from both sides of the equation. In the United States and abroad, a city's ability to foster innovation in one or more industries has become a major factor in competing on the global stage — and only some cities have mastered the art of becoming a top innovation cluster.

A few global markets show close overlap, too. For example, some of the world's fastest-growing tech companies are in Bangalore (dubbed "the Silicon Valley of India" because of its abundant advanced research institutes) and the Chinese city of Shenzhen (which generates approximately 6,000 international patent applications annually). These countries' respective national life science markets are also booming: India's pharmaceutical industry is expected to grow by 15 percent CAGR (compound annual growth rate) in 2020, and China's projected medical sales in 2020 may reach $175.8 billion.

Formula for an innovation-friendly city

What is the formula for an innovation-rich city? While no two cities are alike, JLL research has uncovered three essential elements:

1. Bountiful educational opportunities: Highly sensitive biological medicines and niche drugs for rare diseases are two reasons that some life sciences companies are increasingly recruiting Ph.D.-level talent. University-rich locales are also teeming with other types of educated talent, who together can attract diverse incubator and commercialization investment — and ultimately drive state prosperity. In other words, there's a reason Boston ranks so highly as a global CMI city and a life sciences cluster. (Hint: It starts with "H" and ends with … the 53 other institutions of higher learning located in the area.) [Happiest US Metro Areas Revealed ]

2. An energizing place to live, work and play: The next generation of thinkers is generally less likely to settle for a dull off-the-clock experience: Millennials like their cities highly connected — virtually and geographically. Cities must be vibrant to attract (and retain) their interest, with buzzing mixed-use settings that serve as catalysts for creativity and places where different sectors and perspectives can come together. Compact and well connected, these live-work-play communities often emerge around education or research institutions, igniting collaboration, co-production and cross-pollination of ideas.

3. The right climate for your science: Of course, even the most innovation-friendly market may not be the best option for every industry. The status of a company's particular innovation will determine the algorithm for balancing opportunity with the costs of a particular location. For example, is the company a startup or a mature enterprise? Is innovation in the primary research stage or deep into commercialization? For innovators developing a bold new idea that lacks a proven revenue stream, the best places to take root are cities like Raleigh-Durham and Denver, which offer a high level of startup opportunity and low costs. For those who can afford them, high-opportunity, high-cost options like Boston and New York City might provide the best access to capital, customers and influencers in the path to success.

Innovative life science research can play a vital role in innovation-oriented economies. By infusing cutting-edge technology with inspiring new research ideas, and contributing to a more inclusive community, every scientist can help make their locale a high-energy city of the future — just by donning a lab coat and pursuing bold ideas every day.