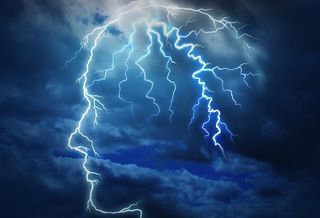 People who have certain psychiatric disorders and also use marijuana may spend more time in the hospital for their conditions, a new study from England suggests.

Marijuana users in the study who were diagnosed with a psychotic illness for the first time were 50 percent more likely to be admitted to the hospital and also had longer hospital stays compared with people who suffered a first episode of psychosis and did not use weed, according to the findings, published today (March 3) in the journal BMJ Open. Psychotic illnesses are those that involve a break from reality, such as hallucinations or delusions.

The worse outcomes may be due to antipsychotic treatments not working in people who use marijuana, Patel told Live Science. [11 Odd Facts About Marijuana]

People who have psychotic disorders may experience changes in their mood, behavior and thinking. The conditions are most likely to occur in young adults, and the symptoms may include hallucinations, such as hearing voices or seeing something that is not truly there, or delusions, such as a person falsely believing his or her food is poisoned.

Previous research has shown that marijuana use, especially in teenagers, is linked with a greater risk of developing a psychotic illness, but the evidence is mixed on the effects of pot in people who have already had a first psychotic episode.

In this new study, the researchers analyzed data collected from 2,025 people living in South London who had been diagnosed with a first episode of psychosis between April 2006 and March 2013, and had sought mental-health treatment from an early intervention program. The individuals were tracked for up to five years following their initial diagnoses.

To determine whether these men and women used marijuana, the researchers looked at their electronic medical records, checking to see if drug use was mentioned in their assessments or treatment notes within a month of their first treatment visit.

The analysis found that about 46 percent of the individuals had used marijuana, although the researchers noted they were not able to evaluate the frequency or amount of pot the patients had used, or whether they stopped using the drug after they were diagnosed with psychosis.

Marijuana use was most common among single males ages 16 to 25. When the researchers looked at specific psychotic disorders, they found that about half of the individuals in the study who were diagnosed with schizophrenia as well as half of those with bipolar disorder reported they used pot.

The data also showed that during the five-year follow-up period, the people with psychosis who also used marijuana spent an average of 35 additional days in the hospital than did the individuals who did not use the drug. This may reflect a higher relapse rate of the condition, or that treatments were not working, the researchers said.

In addition, the researchers found that both men and women who used marijuana were more likely to have been prescribed a higher number of different antipsychotic medications than nonusers. This suggests that people who use marijuana are more likely to not benefit from using first-lineantipsychotic treatments, which is linked to worse clinical outcomes, Patel told Live Science. First-line treatments are the medications that are often prescribed first by doctors, because these drugs typically have fewer and more tolerable side effects. [The Drug Talk: 7 New Tips for Today’s Parents]

The study did not evaluate the reasons why marijuana use was connected with poorer outcomes in people with psychosis, Patel said. But he suggested several possibilities, including that marijuana use impairs the body's response to antipsychotic medications, or that it makes people less likely to take their medications regularly, which could limit their responsiveness to treatment.

Another explanation might be that marijuana use could have a direct effect on the brain, which worsens psychotic symptoms and makes the condition harder to treat, Patel said.

The study investigated only marijuana use and did not evaluate the influence of alcohol, tobacco or other illicit drugs. It is possible that any harmful use of these substances may also be linked to poor clinical outcomes in psychotic disorders, Patel said.