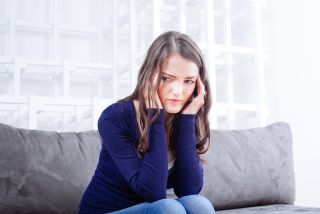 Not all psychotic episodes signal the beginning of a long-term mental health disorder like schizophrenia. In fact, when patients experience one of these short-term breaks with reality, it's not precisely clear how the individuals should be diagnosed.

Now, a new study finds there are no significant differences in the prognosis for patients who have four different types of brief psychotic episodes. (Such episodes may involve hallucinations or delusions, or less severe symptoms such as disorientation, disorganized thinking or speech that doesn't make sense.)

The new findings, based on a review of research covering 11,133 patients, highlight how little is understood about how psychosis may progress, the researchers said.

"In the history of psychiatry, it has been a challenge to understand the prognosis of brief and remitting psychotic episodes. … The best treatment was not clear, and long-term outcomes were not clear," said Paolo Fusar-Poli, one of the authors of the new study and a clinical senior lecturer in psychosis studies at King's College London. [Top 10 Controversial Psychiatric Disorders]

People who experience psychotic episodes may be diagnosed with schizophrenia, or with a more short-term mental health condition. To be diagnosed with schizophrenia under the guidelines of psychiatry's handbook, the Diagnostic and Statistical Manual (DSM) 5, patients must have at least two psychotic symptoms for at least a month, and at least one of those symptoms must consist of delusions, hallucinations or disorganized speech.

People who have psychosis symptoms that last less than a month, or who have only one symptom instead of two, are instead diagnosed with a condition called "brief psychotic disorder." (In addition, the symptoms can't be the result of drug use.)

But there are other ways to classify people who have brief psychotic breaks, outside of the DSM criteria. The World Health Organization, in its International Statistical Classification of Diseases (ICD) 10, uses a category called "acute and transient psychotic disorder," for patients who don't meet the criteria for having schizophrenia. Under this breakdown, patients' symptoms must last at least three months (rather than one month) to be diagnosed with schizophrenia.

Clearly, this system leads to confusion, Fusar-Poli told Live Science. Are patients who are undergoing a psychotic break mentally ill by definition? Are they just at risk for developing a mental illness in the future? And what is the line between the two?

Fusar-Poli said he and his colleagues wanted to find out if these different definitions were meaningful, particularly for predicting how a patient would do in the long run. The researchers suspected that the length of a psychotic break would predict whether a person was at higher risk of ongoing problems with psychosis, he said.

But that's not what the investigators found after analyzing 93 earlier studies of more than 11,000 patients who'd experienced brief psychotic episodes. The scientists looked at how these patients fared over time and compared that with the outlook for patients diagnosed with first-episode schizophrenia.

"Our main finding is that there is no substantial prognosis difference across all of these competing diagnostic constructs," Fusar-Poli said. Whether a person was diagnosed with brief psychotic disorder, acute and transient psychotic disorder, BLIPS, or BIPS, he or she had about a 50-50 chance of experiencing another psychotic event in the future. In comparison, almost all patients with first-episode schizophrenia experienced future psychosis.

The finding suggests that "researchers should compromise on a common definition" of brief psychotic events, Fusar-Poli said. In an editorial accompanying the Jan. 13 publication of the research in the journal JAMA Psychiatry, Australian researchers suggested basing the definition on patients' treatment needs.

The study points to the need to treat psychotic episodes aggressively, Fusar-Poli said. If even a one-day break with reality brings with it a 50 percent chance of further problems, patients need help to prevent a worst-case scenario, he said.