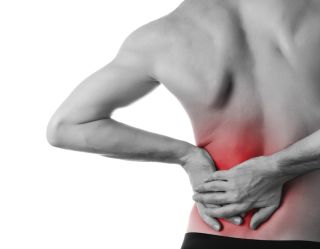 Shoe inserts, back-support belts and other gadgets aimed at preventing low back pain may be a waste of money. Instead, exercise is the best way to ward off this common problem, a new review of studies suggests.

The researchers found evidence that an exercise program alone, or exercise along with education about how to prevent back pain, was effective in averting an episode of low back pain and reducing people's use of sick time at work. Education may include receiving training in proper lifting techniques, learning about correct posture or attending back school, which is a comprehensive program on back health.

About 80 percent of U.S. adults will experience an episode of low back pain at some point in their lives, according to the National Institute of Neurological Disorders and Stroke. [Lower Back Pain: Causes, Relief and Treatment]

To evaluate which preventive methods for low back pain are effective in easing its discomfort, the researchers analyzed data from 23 studies with a total of nearly 31,000 participants. The analysis found that exercise alone could reduce a person's risk of low- back pain by 35 percent, and it could also cut the use of sick time by 78 percent over the course of a year.

People who participated in an exercise program and also received additional educational instruction were 45 percent less likely to have low back pain over the course of one year, compared with people who were not involved in both programs, according to the research, published online today (Jan. 11) in the journal JAMA Internal Medicine.

This means that the effect of exercise alone or in combination with education is quite large: It cuts a person's risk of getting low back pain in half, said study author Daniel Steffens, a chronic back pain researcher at the University of Sydney in Australia.

But not all of the approaches for thwarting an aching back were deemed worthwhile. The study found that education alone, back belts (worn to protect the back from injury when lifting), shoe insoles and ergonomic adjustments (programs that modify a work station or redesign the steps involved in completing a task) were not effective in preventing back pain or reducing time off from work because of it.

In other words, several strategies that have been believed to prevent low back pain seem not to provide a protective effect, Steffens told Live Science.

The trials that the researchers evaluated in their review tested a variety of exercise programs that were designed to improve people's flexibility, posture, aerobic fitness and the strength of their back and core muscles, Steffens said. The programs did not just focus on the back, but included the upper and lower limbs as well, he said.

The length of the exercise sessions varied, but participants typically did two to three group sessions per week with supervised instruction, and they also agreed to practice the techniques at home, Steffens said. The exercise programs lasted anywhere from eight weeks to 18 months.

To have a lasting impact on preventing back pain, an ongoing exercise program is required, the researchers suggest.

This review provides concrete evidence on the value of exercise for preventing back pain, wrote back-pain researchers Dr. Timothy Carey and Janet Freburger, of the University of North Carolina at Chapel Hill, in an editorial accompanying the study in the same issue of JAMA Internal Medicine.

If a medication or injection were available that reduced the recurrence of low back pain to the extent seen in this review from exercise, we would be reading the marketing materials in medical journals and viewing them on television, said Carey and Freburger, who were not involved in the review.

"However, formal exercise instruction after an episode of lowback pain is uncommonly prescribed by physicians," according to the editorial.