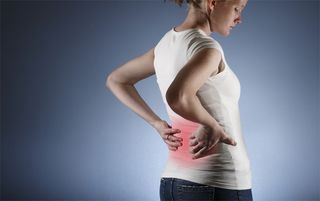 Acetaminophen, the drug found in Tylenol, works no better than a dummy pill at reducing lower-back pain in some people, nor does it help these patients get better any faster, a new study finds.

The study involved more than 1,600 people in Australia who experienced sudden (acute) lower-back pain, and were randomly assigned to either take acetaminophen tablets regularly three times a day, to take acetaminophen only as needed, or to take placebo tablets. None of the participants were told whether they were taking acetaminophen or a placebo, and they took the tablets until they were pain-free, for up to four weeks.

People in all three groups took about the same number of days to become pain-free: 17 days in the regular-dose group and the as-needed group, and 16 days in the placebo group. Participants also kept track of their daily pain (on a scale of 1 to 10), and pain scores across the three groups were about the same throughout the study. [5 Surprising Facts About Pain]

Guidelines for treating people with acute low-back pain recommend acetaminophen as the first-choice painkiller, but until now, no rigorous studies have been done to show that the treatment actually works better than a placebo, the researchers said in their study, published today (July 23) in the journal The Lancet.

The new findings suggest doctors "need to reconsider the universal recommendation to provide [acetaminophen] as a first-line treatment for low-back pain," Christopher Williams, a researcher at the University of Sydney in Australia, said in a statement.

The researchers noted that three months after the study began, about 85 percent of the participants were pain-free, regardless of what group they were in.

Still, the results should be confirmed in further research before the drug is dismissed as a treatment for low-back pain, the researchers said.

"This is the first study of its kind, so it's tough to make a decision based on just one study," said Dr. Michael Mizhiritsky, a physical rehabilitation specialist at Lenox Hill Hospital in New York who was not involved in the study. Mizhiritsky said he would not stop recommending acetaminophen to his patients based on one study.

There are a few drawbacks to the new study, including that it did not have a group of patients who received no treatment, Mizhiritsky said. It's possible that patients in all three groups got better faster than they would have with no treatment — a phenomenon known as the placebo effect, he said. And not all patients in the study took the recommended dose of acetaminophen, he said. Participants in the regular-dose group were recommended to take 3,990 mg of acetaminophen daily, but instead, they took 2,660 mg daily, on average. A dose of 4,000 mg per day might have been more effective, the researchers said.

Previous studies have found that acetaminophen works about as well as nonsteroidal anti-inflammatory drugs (NSAIDs), such as ibuprofen, for low-back pain, but acetaminophen is recommended as a first choice because it has fewer side effects.

"If patients do make the decision to take [acetaminophen] for their back pain, they might be advised to monitor closely if they indeed experience sufficient pain relief," Bart Koes and Dr. Wendy Enthoven, of Erasmus University Medical Center in Netherlands, wrote in an editorial accompanying the study. "If not, they could decide to stop taking analgesics [painkillers] or try an NSAID."

In this manner, the new findings could prompt people to switch more quickly to NSAIDs, which are regarded as the second-line painkillers recommended for low-back pain, Koes and Enthoven said.

Future research should also look into the development of new, more effective treatments for sudden low-back pain, the researchers said. Investigating how acetaminophen works to improve other types of pain, such as pain from tooth extraction or pain after surgery, could be one line of research, they said.

The study was funded by GlaxoSmithKline Australia, which sells acetaminophen, and by the National Health and Medical Research Council of Australia.