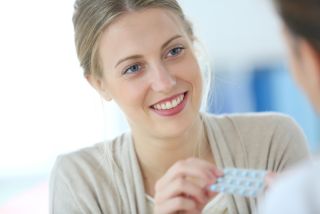 Women in Oregon no longer need a doctor's prescription to get birth control pills, according to a new state law. Instead, they can fill out a health questionnaire and receive oral contraceptives from a licensed pharmacist.

The law removes barriers to birth control — typically, women get a prescription during an annual checkup, which costs both time and money, said Dr. Jill Rabin, co-chief in the division of ambulatory care, Women's Health Programs at Northwell Health in New Hyde Park, New York.

But it's still important for women to visit the doctor annually for preventative care, she said. [7 Surprising Facts About the Pill]

Oregon's law, which went into effect on Jan. 1, allows pharmacists to prescribe oral contraceptives to women 18 years or older. However, minors still need a doctor's prescription, according to KEZI, an ABC station in Oregon.

Pharmacists in the state are required to attend training so they can learn how to prescribe birth control and match patients with the best options based on the answers to the patient's health questionnaire, KEZI reported.

Moreover, Oregon requires insurers to cover the cost of a 12-month supply of birth control pills at once, according to OregonLive.com. This could help women with family planning, as women who receive a one-year supply of oral contraceptives have lower rates of unintended pregnancies and abortions compared with women who receive a supply for just one to three months, a 2011 study in the journal Obstetrics and Gynecology found.

However, doctors are concerned that women may begin skipping their annual doctor's visit — and the other health benefits that come with it — if they can get birth control at the pharmacy, Rabin said.

For instance, doctors recommend that women ages 21 to 65 get a Pap test to screen for cervical cancer every three years, according to the Centers for Disease Control and Prevention. If women undergo both a human papillomavirus (HPV) test and a Pap smear at once — a combination known as co-testing — and have normal results, they can be tested every five years, the CDC says.

"This [new law] does not obviate the need to come into your doctor," Rabin said. "You need to establish a relationship with a gynecologist you trust, and you also need to come in for urgent visits."

A minority of women have complications, such as blood clots, after taking birth control. But the risk of getting a blood clot from oral contraception is less than it is for getting a blood clot during pregnancy or right after pregnancy, according to a 2012 report from the American College of Obstetricians and Gynecologists (ACOG).

"No drug or intervention is completely without risk of harm," that 2012 report said. "For example, common nonsteroidal anti-inflammatory drugs, such as aspirin, have documented adverse effects, including gastrointestinal bleeding. Overall, the consensus is that oral contraceptive use is safe."

So far, Oregon is the only state in the U.S. that has implemented the law. California passed a similar law but has yet to implement it, and state senators in Colorado and Washington have introduced versions of the law in their state legislatures, according to WKRN-TV, a Nashville ABC station.

However, the new law still leaves a barrier for women in need of contraception, ACOG said in a statement released today (Jan. 4).

"Pharmacist prescribing laws are not the same thing as over-the-counter access," ACOG said. "Requiring a pharmacist to prescribe and dispense oral contraceptives only replaces one barrier — a physician’s prescription — with another. This is not going to allow us to reach women who remained underserved by the current prescribing requirements."