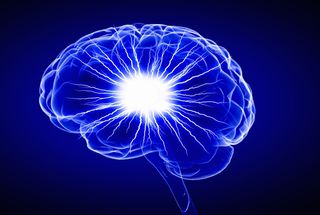 The brain circuits responsible for the inability to feel pleasure have now been discovered in rats, a finding that could help researchers better understand the mechanisms underlying depression and schizophrenia.

Anhedonia, the inability to feel pleasure from activities that are normally found enjoyable, is a core symptom of several human psychiatric disorders, including depression and schizophrenia. However, little is known about the brain circuits that underlie anhedonia, hindering attempts to develop therapies for it.

Previous brain-imaging research suggested that anhedonia might be linked to a part of the brain that sits just behind the forehead known as the medial prefrontal cortex. Prior studies implicated this brain region with thinking about oneself and others, as well as organizing information. [5 Controversial Mental Health Treatments]

Now, scientists have conducted experiments on the medial prefrontal cortex of rats. They focused on a series of neurons, or brain circuits, that react to dopamine, a brain chemical linked with responses to rewards such as food, money and social interactions.

The rats were genetically modified so that dopamine circuits would activate when the researchers shone pulses of light on their brains. The scientists also used functional magnetic resonance imaging (fMRI) tomonitor brain activity in conscious rats.

When the researchers used light to stimulate the medial prefrontal cortex, the rats lost their preference for sugar water over regular water. They also tended to socialize less. Both responses are symptoms of anhedonia.

Brain imaging showed that stimulating the medial prefrontal cortex strengthened its connections with certain other regions of the brain, such as the orbital cortex and the ventral striatum, which previous research linked with responses to rewards. In addition, as a result of this stimulation, a few regions became more isolated from the rest of the brain, including areas called the auditory and retrosplenial cortices, which have previously been shown to be related to depression and schizophrenia in humans.

"Experimental elevations in excitability of parts of the prefrontal cortex, as can occur in depression and schizophrenia, control the extent to which major basic rewards and drives are compelling in behavior," study author Dr. Karl Deisseroth, a neuroscientist and psychiatrist at Stanford University, told Live Science. "We need to continue developing this understanding of how the brain works all together as a coordinated dynamical system."

The scientists detailed their findings in the Jan. 1 issue of the journal Science.