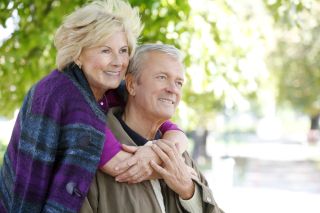 Infant mortality dropped to a record low in the United States in 2014, and mortality rates for several leading causes of death among adults have decreased as well, according to a report from the Centers for Disease Control and Prevention.

When the researchers looked more closely at this drop, analyzing the rates of the 10 leading causes of infant death, they found that the rates remained largely the same from 2013 to 2014. The only significant change was in the rate of deaths from respiratory distress in newborns, which dropped from 13.3 deaths per 100,000 live births to 11.5 infant deaths per 100,000 births, according to the authors of the report. [Infographic: Global Life Expectancy]

The rates of death decreased significantly for five of the 10 leading causes of death among adults: heart disease, cancer, chronic lower respiratory diseases, diabetes, and influenza and pneumonia (these two conditions are grouped together). On the other hand, the rates of death increased significantly for unintentional injuries, stroke, Alzheimer's disease and suicide. There was no change in the rate of death from kidney disease.