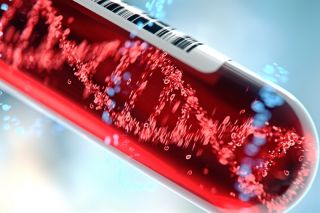 You can't do anything about your chronological age, but it might be possible to turn back the clock on "biological age," a small new study suggests.

The study found that a drug regimen appeared to reverse biological age, as measured by changes to DNA that accumulate as we get older.

In the study, nine healthy volunteers — all white men between 51 and 65 years old — took a cocktail of growth hormone, a diabetes medication, and a hormone supplement as part of a drug trial funded by the biomedical firm Intervene Immune in Los Angeles. Each volunteer self-administered the mixture a few times a week for a year, after which scientists took a look at their DNA. Distinctive marks adorning the DNA suggested that participants had shed 2.5 years off their biological ages, on average.

In other words, if the researchers had frozen time to perform the study, the volunteers would have emerged 2.5 years "younger" than they entered. In reality, a full year had passed, so the men gained back about 1.5 years of their lives, so to speak. "It has never been shown before that predicted biological age…can be reversed over time in the same individuals, and especially so after an intervention of this kind," Sara Hägg, a molecular epidemiologist at the Karolinska Institutet in Solna, Sweden, told Live Science in an email.

The study, published Sept. 8 in the journal Aging Cell, predicted biological age using "epigenetic clocks," which scan DNA for characteristic signs of aging. Our DNA picks up new chemical tags along its helical structure throughout our lives. These tags include methyl groups, made up of carbon and hydrogen, that stick to the DNA and can alter how our cells "read" a particular segment of genetic information. The chemical modifications are known as "epigenetic" changes, meaning "on top of" genetics.

The chemical tags arrange themselves in distinct patterns along a DNA strand, not unlike a barcode. These barcodes can be used to calculate a person's biological age within a range of two to three years, said Hägg, who was not involved in the new study. The research suggests these changes could be reversible, but Hägg emphasizes that the results are preliminary and cannot tell us what caused the reversal.

For example, do the chemical tags themselves drive the change, or are epigenetic clocks merely "a marker of the biological process in the body, which happened to be reversed by this mix of drugs?" she asked.

Originally, the drug trial wasn't aimed at turning back the biological clock, but rather at reversing a different sign of aging: shrinking of the so-called thymus gland. The organ molds immature immune cells into specialized cells that seek out and destroy invading pathogens.

The function of the thymus gland begins to deteriorate after puberty and continues to dwindle as the gland loses tissue and accumulates fat, explained biogerontologist Gregory Fahy, chief scientific officer and co-founder of Intervene Immune and lead author of the study. But studies in animals and human HIV patients suggest that growth hormone can help promote recovery of the lost tissue. In the early 2000s, Fahy injected himself with growth hormone as part of his own solo study and "did find. . .evidence of thymic regrowth," but he wanted to replicate the finding in a larger, healthy cohort.

In his nine volunteers, Fahy found evidence that their compromised thymic tissue had begun to recover and was producing new populations of specialized immune cells.

In addition, "we saw some signs that we might be doing more than improving the immune system," Fahy said. Metabolites in the participants" blood suggested that the kidneys had begun filtering toxins from the blood more efficiently. The results echoed findings from a 1988 mouse study, where transplanting a young mouse's thymus into an aged animal appeared to restore both thymic and kidney function, along with other non-immunological functions.

Fahy reached out to geneticist and biostatistician Steve Horvath, a professor at the University of California, Los Angeles, who is well known for developing highly accurate epigenetic clocks, to see if the drug trial had altered participants" overall biological ages. Horvath drew DNA from the participants' blood, which had been sampled and preserved throughout the trial period. Using four established epigenetic clocks as benchmarks, Horvath found that estimates of the men"s current biological ages diminished during the trial, while estimates of their overall life expectancy increased. The epigenetic signs of age-reversal picked up speed after nine months of treatment, and appeared to remain mostly intact six months after the trial ended.

At this point, it's unclear how each drug contributed to the anti-aging effects, and because the sample was so small, it's unknown whether the results would extend to other people. "We completely acknowledge that it was a small study," Fahy said. The researchers aim to replicate the study in larger and more diverse groups.

The biggest concern about the study is it's lack of a control group, or a group of participants that did not receive the drug cocktail, Hägg said . Also, it's not known whether or not study participants made other big changes to their lifestyles that could have affected the results, or whether some type of "placebo effect" could occur, Hägg added. (A placebo effect is one that results from people's belief that the treatment works, rather than any physiological effect of the treatment.) Regardless of what specifically wound back the epigenetic clock, she said, "the idea that biological age can be reversed is a highly interesting observation."