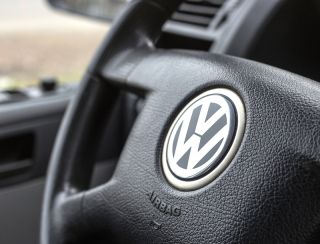 The news just keeps getting worse for Volkswagen.

The company may have to recall up to 500,000 diesel cars in the United States and 11 million vehicles worldwide because they emit up to 40 times the allowable levels of air pollutants that are called nitrogen oxides (NOx), The New York Times reported.

The company is now embroiled in a scandal after it was revealed that Volkswagen deliberately turned off the filter designed to trap NOx from the exhaust.

"They just wrote a piece of code that said, 'only turn it on when you're being tested,'" said Jorn Herner, chief of the Research Planning, Administration, and Emission Mitigation Branch of the California Air Resources Board's research division. The breadth and flagrant nature of the cheating has enraged many car owners and has forced the company's CEO to resign. [Hyperloop, Jetpacks & More: 9 Futuristic Transit Ideas]

But the recall has also raised this question: Was it so hard to make diesel cars run with low emissions that the company had to resort to cheating?

It turns out that diesel engines have an inherent trade-off between power, fuel efficiency and clean emissions, experts said.

"You have power, you have energy, you have emissions: You get to choose two of them," said Don Hillebrand, the director of energy systems research at Argonne National Laboratory in Illinois, and the former president of the Society for Automotive Engineers.

In this case, Volkswagen prioritized power and fuel economy over meeting the state and the U.S. Environmental Protection Agency's emissions standards, Herner said.

To understand why this trade-off exists, it's helpful to know about the differences between diesel and gasoline combustion engines. The gasoline engines that most American cars use work by igniting a vapor of gasoline and air using a spark plug. When the gasoline-air vapor combusts, it expands and pushes a piston down, producing the torque that turns the wheels and propels the car.

Because gasoline is highly refined, it's composed of a fairly uniform mix of relatively short chains of linked hydrogen and carbon atoms, known as hydrocarbons, Hillebrand said.

"You know exactly what the fuel looks like," Hillebrand told Live Science. "It's fairly easy to know exactly the chemical composition of your exhaust."

With uniform combustion products, it's a relatively simple matter to clean the exhaust. Gas engines use simple catalysts, such as a material like platinum, to bind poisonous chemicals like carbon monoxide, and convert them to harmless substances such as carbon dioxide. (Carbon dioxide is the primary greenhouse gas driving climate change, but is also the harmless substance we exhale whenever we breathe.) Carmakers have become extremely good at cleaning gasoline emissions, Hillebrand said.

"After exhaust comes out of a gasoline engine, the air is actually cleaner than the background air in Chicago," Hillebrand said. [6 Unexpected Effects of Climate Change]

Diesel engines work differently. Instead of using a spark plug to combust the fuel, a diesel engine compresses a mist of the liquid fuel and air to incredibly high temperatures and pressures — sometimes thousands of degrees Fahrenheit. This pressure-cooker environment is actually what causes the mixture to spontaneously combust.

Because the mixture spontaneously combusts, it's at the perfect pressure and temperature to efficiently burn energy in the fuel. The greater gas expansion causes more powerful compression of the pistons, which produces more torque, Hillebrand said. Big rigs use diesel precisely for this extra towing ability, he said. (To withstand the ultrahigh temperatures and pressures produced in the combustion process, diesel engines must also be made of much sturdier, thicker materials, which is why they can run for hundreds of thousands of miles, Hillebrand added).

Diesel fuel is also different from gasoline. The thick, syrupy substance isn't much different from the oil pulled directly from deep underground. Chemically, it's barely refined and contains a mix of much longer hydrocarbon chains and other mystery compounds, Hillebrand said.

Because it's chock full of longer hydrocarbon chains, each gallon of diesel fuel contains more energy. Combining the more energy-dense fuel with its more efficient combustion process, the diesel engine can achieve much higher fuel economy.

But, the trouble is that "it's got chemicals in there and things that will burn that you don't always know what they are," although many of them are rich in sulfur, Hillebrand said.

The old diesel cars that belched stinky, sooty exhaust were spewing lots of this sulfurous particulate matter into the atmosphere. Nowadays, carmakers have gotten very good at trapping this type of air pollutant from diesel exhaust, he said. (Ultra-low sulfur diesel fuel also dramatically reduces these emissions, according to the U.S. Department of Energy.)

But Volkswagen ran into trouble when trying to trap another type of pollutant, called NOx. NOx includes a variety of nitrogen and oxygen chemical compounds (such as NO2, NO3, etc.) that only form at high temperatures. NOx reacts with sunlight in the atmosphere and converts into ozone, and ozone is an irritant, Herner said.

"It's what makes your eyes water, it makes your throat hurt, it exacerbates asthma and there are all sorts of cardiovascular problems you can get from it," Herner said.

Diesel cars produce much more NOx than gasoline cars. For instance, when Herner and his colleagues tested emissions from 20,000 2009 and later model passenger cars in Los Angeles, just 0.6 percent were diesel cars, yet they produced a significant fraction of the NOx emissions, and most came from Volkswagens and Audis, he said.

"The temperatures and pressures under which a diesel engine runs the most fuel efficient and the most peppy are also the conditions that will convert the maximum amount of oxygen and nitrogen into NOx," Herner told Live Science.

The United States has moved to sharply curb NOx emissions, and the Obama administration recently proposed even lower ozone standards, which will fuel even further NOx reductions. In Europe, where about half of the cars run on diesel fuel, regulators have instead focused on raising fuel economy and reducing carbon emissions, with the trade-off being dirtier air, Herner said. [The 10 Most Polluted Places on Earth]

Cleaning NOx from diesel fuel is also a challenging process. Because of the fuel's more varied composition and the engine's use of spontaneous combustion, it's not clear exactly when and exactly which compounds have formed, making it trickier to clean up, Hillebrand said.

About a decade ago, before emissions standards were lowered, car companies pursued different strategies for solving this problem.

Cars built by Mercedes-Benz, for instance, inject an extra fluid called urea to convert NOx into less harmful substances. This approach (called Bluetec) doesn't compromise on fuel economy or power, but it requires a separate tank for the urea, which must be periodically refilled, Herner said.

Volkswagen invested millions to develop a NOx trap instead. The trap soaks up nitrous oxide and nitrogen dioxide like a sponge. Once the trap is full, the system can inject a dose of fuel before releasing exhaust substances. The fuel reacts with the NOx to form benign substances, Herner said. Typically, the filter only runs for about 10 seconds, once every 10 minutes, Herner said. (They may also run their combustion differently at certain points to lower emissions.)

In light of recent revelations, however, it looks like Volkswagen made the wrong bet.

Volkswagen may have resorted to cheating because the NOx trap eats up fuel or reduces the car's pep, Herner said. It's a relatively simple fix to reactivate NOx traps on the recalled cars, he said.

"These vehicles can operate within our regulations," Herner said. "Our priority now is to get them fixed so that they do so."

But Volkswagen owners may end up being disappointed with the more sluggish, gas-guzzling cars they get back, Herner said.

It's likely that cars of the future will include diesel technology that combines clean-emission techniques, power and fuel economy, Hillebrand said. When engineers analyze the diesel-engine combustion process, they have found that there are some pressures and temperatures that produce high levels of soot or NOx. But some temperature and pressure regimes get efficient fuel combustion without producing either pollutant.

Hillebrand's team is developing low-temperature combustion systems that aim to do just that. These systems either precisely time fuel injection or even use gasoline and diesel fuel at different times in the car's operation to hit that sweet spot, he said. These experimental systems, however, need a lot more engineering before they're a marketable solution, he added.

Clearly, the problem of clean diesel engines is extremely challenging, the experts said.

"It's not that it's easy. But that doesn't mean that you cheat," Herner said.

Editor's Note: This story was corrected to clarify that while up to 11 million cars are affected by the emissions cheat algorithm, Volkswagen has not issued an official recall for any cars as of yet. The article also clarified that reduced sulfur emissions are also due in large part to ultra low-sulfur diesel fuels.)