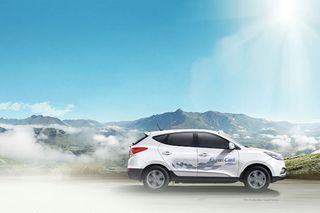 Dan Becker directs the Safe Climate Campaign, where James Gerstenzang, a former environmental reporter for the Los Angeles Times, is the editorial director. This piece is adapted from one that originally appeared in The Detroit News. The authors contributed this article to Live Science's Expert Voices: Op-Ed & Insights.

Under pollution-cutting mileage and emissions rules finalized in 2012 by U.S. President Barack Obama's administration, the fleet of new cars sold in the United States in 2025 must average 54.5 miles per gallon (mpg), with the fleet growing cleaner each year on the way to that strong standard. However, a new report from the U.S. Environmental Protection Agency (EPA) demonstrates how loopholes are letting most car makers get away with lower annual performance and still qualify as being in compliance.

The manufacturers successfully demanded the loopholes when they negotiated the standards with the administration. The loopholes let the companies undercut the rules' strong targets and turn out cars and light trucks that increase pollution. It's akin to a doctor telling you: "Go ahead and smoke, as long as you go on a diet." [EPA's New Car Emissions Standards Will Clear the Air (Op-Ed )]

Here's how the loopholes work:

Yes, the rules' genuine fuel efficiency improvements cut oil use and save money at the pump. And, they reduce emissions of carbon dioxide, the major cause of global warming. Just look at how the industry did in 2012, the most recent year for which data is available: Despite the loopholes, new cars and light trucks delivered a 5 percent improvement in mileage — an increase of 1.2 mpg — over the previous year, the EPA reported in December.

But by letting automakers deliver more gas guzzlers, the loopholes create fantasy efficiency. In the long run, they threaten the effectiveness of the mileage-and-emissions program, the biggest single step any nation has taken to fight global warming. The loopholes will result in 38 million tons of extra carbon dioxide pollution being spewed into the atmosphere over the lifetime of the 2012 vehicle fleet.

Not for nothing did the auto industry demand these "get-out-of-jail-free" cards before it would accept the standards.

An EPA report issued last month shows that without the credits, Chrysler, GM, Nissan and Ford would have missed the 2012 standard by a wide margin. This is poor payback for taxpayers who gave GM and Chrysler an $85 billion bailout.

The mileage-and-emissions program's rules allow auto companies to earn credits when their models do better than the plan requires. But, the agency also reports that Chrysler and Volkswagen have been turning out gas guzzlers faster than they have been earning credits. They risk violating the standards unless they clean up their vehicles. [Industry Attempting to Defeat Pollution Standards Before They Emerge (Op-Ed)]

The report also reveals that in 2012, Honda met both car and truck standards without resorting to the loopholes. It was the only major car maker to do so. If Honda can hit the mark, the others can too.

Automotive engineers have come up with solutions that allow automakers to meet the standards without loopholes. Much of the needed technology is already on Detroit's shelves: high-strength, lightweight steel or aluminum materials; more efficient transmissions, and direct injection engines, for example. The automakers need to get into gear on these gas-saving technologies. And few companies make more than a relative handful of hybrids or electric vehicles. More need to do so.

All auto companies must deliver cars and trucks that meet the standards without relying on loopholes. That will be good for consumers, who will save money at the pump by buying less gasoline. It will be good for the companies' bottom line, allowing them to better compete with the leading fuel-efficient nameplates from overseas. And it will help all of us fight global warming.

They owe us no less.

The authors' most recent Op-Ed was "Green Car Claims Get Mileage Out of Hype." Follow all of the Expert Voices issues and debates — and become part of the discussion — on Facebook, Twitter and Google +. The views expressed are those of the author and do not necessarily reflect the views of the publisher.  This version of the article was originally published on Live Science.