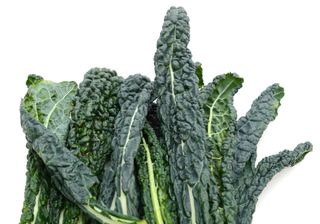 Vitamin K is an important factor in bone health and wound healing. Vitamin K is a fat-soluble vitamin that makes proteins for healthy bones and normal blood clotting. According to the Harvard School of Public Health, vitamin K helps produce four of the 13 proteins needed for blood clotting.

Since vitamin K is so integral to good bone health, it is natural to assume that it may be used to treat certain bone problems. Research by the University of Wisconsin-Green Bay found that vitamin K has a positive effect on bone mineral density and decreases fracture risk. A report by the Brigham and Women's Hospital and Harvard Medical School found that women who get adequate amounts of vitamin K in their diet are less likely to break a hip. The U.S. Department of Agriculture Human Nutrition Research Center on Aging also found that low level of vitamin K can lead to low bone mass density and an increase in hip fractures in women.

Health benefits of vitamin K that have been proposed but not scientifically proven include protection against heart disease, prostate cancer and Alzheimer’s disease, said Ross.

Vitamin K deficiency is rare in the United States. Typically, those afflicted with a deficiency are unable to properly absorb the vitamin K made naturally in the intestinal tract. “People who have severe gastrointestinal disorders, such as gallbladder disease, cystic fibrosis, celiac or Crohn’s disease are unable to properly absorb vitamin K, so they are more susceptible to being deficient.  Vitamin K supplements are useful for these medical conditions,” said Ross.

Those who take antibiotics for an extended period of time can also experience a lack of vitamin K, according to the NLM. Antibiotics kill the bacteria that create vitamin K.

Babies are not born with the bacteria that create vitamin K, and breast milk is not a good source of the vitamin, according to the University of Maryland Medical Center. Newborn babies in many developed countries are given shots of vitamin K to prevent internal and external bleeding.

Deficiency can cause excessive bleeding, which may start from the nose or gums, according to the University of Maryland Medical Center. Other symptoms can include easy bruising, blood in urine and stools. Those experiencing a lack of vitamin K may be instructed by their health care professional to take a supplement.

The recommended daily allowance (RDA) for vitamin K varies depending on age, gender, weight and several other factors.  However, the suggested RDA is typically 70 to 90 micrograms (mcg) for adults, according to the NLM. The National Health Service of the UK (NHS) states that, every day, adults need approximately 0.001 milligrams (mg) — or 1 mcg — of vitamin K for every kilogram (2.20 lbs.) of body weight. So, a person who weighs 150 lbs. (68 kg) should get 68 mcg of vitamin K a day.

According to the Linus Pauling Institute at Oregon State University, 1 cup of raw, chopped kale has 472 mcg of vitamin K, or about seven times the recommended daily allowance.

“People taking blood thinners such as Coumadin have to be careful with how much vitamin K they ingest in things such as leafy greens as it can decrease the efficacy of the medication,” Dr. Kristine Arthur, internist at Orange Coast Memorial Medical Center in Fountain Valley, California, told Live Science.

Vitamin K is a fat soluble vitamin and it is stored in the body for prolonged periods of time. Both Ross and Arthur said that there is no clear toxic dose for vitamin K, and there are no harmful effects in taking excessive vitamin K through your diet. The NHS supports this and stated that 1 mg or less of vitamin K supplements will more than likely not do any harm.

However, those taking supplements should check with their doctors about possible side effects and interactions with drugs they may be taking. Supplemental doses of medical grade vitamin K could be very harmful, according the Mayo Clinic. Only take the amount prescribe by a medical professional. Taking more than prescribed can lead to blood-clotting problems and other side effects.