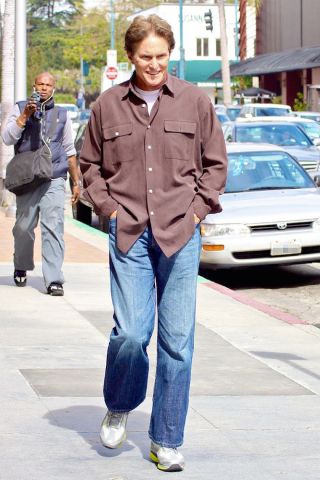 Caitlyn Jenner's very public transition from man to woman has raised awareness about the concept of hormone therapy for transgender individuals. Long-term hormone therapy is needed to create, and then maintain, the desired physical gender attributes — for Jenner, fuller breasts, curvier hips, thinner body hair and a higher-pitched voice.

But what makes transgender youth identify with a gender they weren't assigned at birth is not about having too many of the "wrong" hormones floating around, according to a study published this week in the Journal of Adolescent Health.

"We've now put to rest the residual belief that transgender experience is a result of a hormone imbalance," said Dr. Johanna Olson, of Children's Hospital Los Angeles. "It's not."

Olson and her colleagues found that transgender youth have sex hormone levels consistent with the gender they were assigned at birth. So, a transgender youth who is assigned a female gender at birth, usually based on the appearance of external genitalia, has the same female balance of estrogen and testosterone pumping through her body as any other biological girl; yet she nevertheless "feels" male. [10 Interesting Facts About the Female Body]

The report was part of a baseline analysis of 101 patients enrolled in a long-term study to determine the safety and efficacy of treatment that helps patients bring their bodies into closer alignment with their gender of identity. Some of these patients may be given hormone blockers to delay the onset of puberty, which otherwise would bring the development of unwanted sex characteristics.

The patients range in age from 12 to 24. On average, they first identified a discrepancy between their assigned gender and their self-perception of gender at about age 8. The patients come from diverse backgrounds in terms of race, income, family structure and religion, which argues against the idea that cultural influences would "make" them feel the way they do.

It may be that a transgender individual who feels male or female has a brain structure similar to those of other males or females, respectively, Olson said. However, the data remain inconclusive.

"I think that we will need a much larger body of research to reach conclusions about where gender identity lives in humans," Olson told Live Science.

"My goal is to move kids who are having a gender atypical experience from survive to thrive," Olson said. "With this study [now underway], we hope to identify the best way to accomplish that."