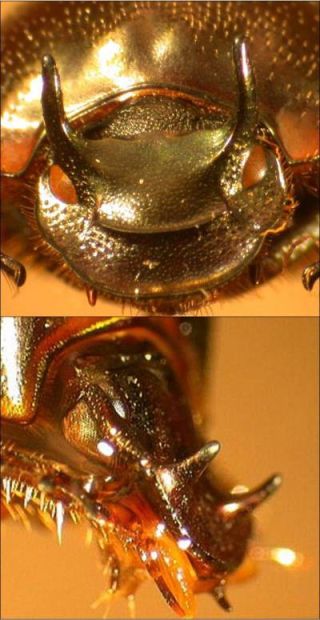 Shown are dung beetle males of two of the 10 Onthophagus species examined in the study. From top to bottom: O. gazella (South Africa) and O. sagittarius (Indonesia).
(Image: © Armin Moczek)